A couple of months back, we received a card in the mail from the Arden theater.  They were going to be doing the Stinky Cheese Man – one of my favorite books from Brighid’s childhood.  I didn’t know if Eilis was familiar with it, and wasn’t sure if she was ready for the theater, so I put the card aside and forgot about it.

Then, about a month ago, I thought for her preschool graduation, we would get her tickets.  She had done Frosty the Snowman on stage at the Ritz Theater with her class, and I thought this would be more along those lines, so even if she were a little antsy, there would be other antsy kids as well.

I was SO surprised!   The theater was comfortable and roomy, with pretty much all good seats.  The show began and ended with a song, and there were some brief musical numbers during the show, but for Eilis, the laughs were pretty much non-stop.  The costumes were colorful, the characters outrageous, and the stories, to my 5 year old, were hilarious.

I am so glad I ended up getting these tickets.  I cannot imagine having missed out on this opportunity with Eilis.

As a side note – we did take her to see Godspell at the Walnut Street Theater a couple of weeks ago, courtesy of her dad.  She has the DVD of Brighid’s 8th grade class production, and she has watched it until we’re sick of it.  She really enjoyed Godspell – although it was much darker and more scripture based than the production at Brighid’s school.  I was proud of her, being the youngest person in the theater, for how well she did 🙂

Below is the eulogy I wrote for my dad to print in the memorial booklets for his funeral Mass…. 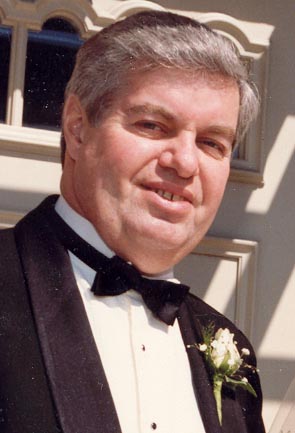 My father never told us how to live our lives.   He lived his life and we got to watch.   Some of the most important lessons in childhood were learned that way, and in his final days, I was fortunate enough to have the chance to hear my father tell me that he was proud of me.   I hope that meant that I watched him closely enough, became the kind of parent he was to Bean and I, and learned that the most important things in life are faith, family, and fun.

My dad taught us that you never need to hit your children to have them listen.   You might need to threaten to break their legs – and he did threaten once in a while – but we knew not to fear painful broken legs.   We did learn that we had reached the boiling point.   We learned to respect that everyone has a boiling point, and somehow, we learned that not everyone would reach theirs as slowly as my dad or with as much restraint.

We learned the importance of giving something BEFORE you get something.   Each year, early on a Saturday morning, he would pack us up in the car and we would head to the Knights of Columbus council, where he would load up the car with Christmas food baskets.   We would be tired, and anxious for the Christmas party that would follow later in the day, but he taught us that the party was so much better with the joy in our hearts of having the opportunity to share a bountiful Christmas with other families.   He was right.

Daddy taught us that a Tootsie Roll has value way beyond its tiny, chocolate goodness.   I remember vividly standing outside of a Runnemede liquor store, hoping to “sell” enough Tootsie Rolls to get to leave early.   But there was never leaving early.   Daddy would tell us about the people who would benefit from every Tootsie Roll we sold, and how every chocolate morsel was helping in some way make someone else’s life better.   It helped us to learn not to dismiss the value in the smallest things.

My father taught us to be proud of our heritage.   He wanted us to be proud to be Irish, and to know that being Irish didn’t mean being drunk and disorderly.   We heard stories of strangers knocking on doors of Irish homes to get directions and being invited in for tea and biscuits.   Irish music frequently played on the car stereo, regaling us with songs of the great struggles of the Irish people, and how gracefully some of them were dealt with.

We knew to be sad enough when someone died that a good party was in order to cheer everyone up.   We knew that every baby born was a blessing beyond any other, and proof that God is happy enough with the world to give us the chance to keep trying to get things right.   We knew that there is almost nothing in the world like having a dog by your side with his head in your lap, unless it was the dog abandoned by Mike McGinley’s kids, taken in by my dad, who then ate my father’s House of Charities collection money, along with most everything else lying around our house.

My dad taught us that there is no greater taste in the world than the salt water on your lips the second you arrived at the Jersey shore.   He taught us that it’s better to be early than late, so always tell Aunt Mary to show up half an hour before everyone else is due to arrive.   We learned the best sport in the world is golf, but you still have time to enjoy hockey, football, baseball and NASCAR.   We learned there is no greater football team than Notre Dame, no greater hockey player than Bruce Gamble, and no one greater to have on your Trivial Pursuits team than Uncle Buddy.

Daddy taught us that a good meal out is not only found in the biggest and fanciest restaurants.   Sometimes, you have to drive three hours to the far reaches of Maryland, walk across gravelly parking lots, make your way through a biker bar, and climb the stairs to one of the best meals you will ever eat.   That helped us learn to never judge a book by its cover – or by how many Harleys are in the parking lot.   We also learned that sometimes you have to work a little harder for the better things in life instead of walking right up and taking them.

We learned to read what we could get our hands on, appreciate the gravity of historical things like the Titanic and Hindenburg disasters and Pearl Harbor, and interesting things like the Bermuda Triangle and sharks.   We learned that Cozy Morley is a comic genius, and if a story starts out with “I know a guy at work”, there probably is no guy at work, and what has happened to him may not be true either, but no matter how dumb the joke is, you still sometimes wonder if your leg is really being pulled.

Daddy told us things like don’t put ketchup on your hot dog if you are not going to finish it and your father has to eat the leftovers.   He told us not to run at places like Storybook Land, where the ground is uneven and as soon as the words leave his mouth, one of us is going to fall running.   But we also learned that even if there is ketchup on the hot dog and we run anyway, Daddy would always be there to clean up the mess.   It was a great lesson to know that no matter what, we could always rely on Daddy to be there for us.

But the greatest lesson came at the end.   Spending the final days and hours at the hospice care center, I watched people come in and out.   Some of them I recognized, some I did not.   Nearly all of them left with tears in their eyes.   It was in those moments that I pieced together all of the things that I learned from watching my father live his life.   And I realized that if I have learned all of the lessons well enough, at the end of my days, I will be surrounded by people that love me, people that respect me, and people that hope their lives will be lived as well as mine.

My father taught us many lessons in the way he lived his life.   I hope that despite not having him here to help me, I am able to impart those lessons to my own children.   I want them to know the most important thing is to live your life well, lead by example, and leave no one behind who is glad for your passing.

I know that my father will watch over me, and I already have the burned out light bulbs to prove to me that he does.   I just hope I watched him enough in his life that he continues to be proud of me and the lessons I have learned. 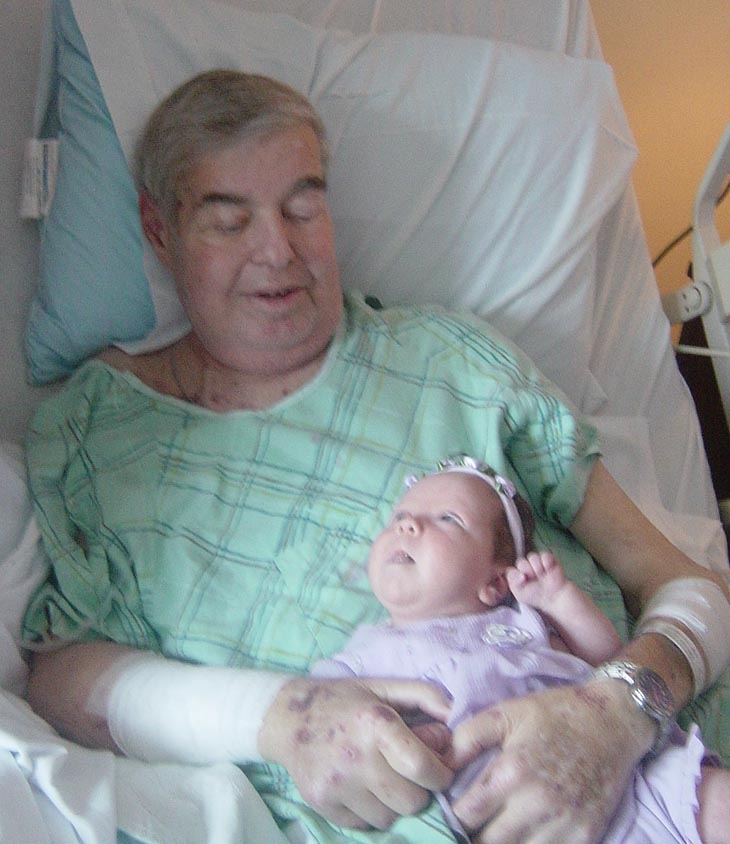