Back in the day – and that day meaning before I had a houseful of kids – I owned a travel agency specializing in cruise travel.  It was called the Cocomo Cruise Company (I loved that song), and while I didn’t have a chance to run the agency very long before we were leaving South Florida for New Jersey – and taking a new baby with us – it did help me to find a love of cruising – a love that began to flourish thanks to my in-laws.

My mother and father-in-law are frequent cruisers, and my father-in-law was a Walt Disney World cast member when the Disney Magic was built.  A lottery was held to determine who the passengers would be on the Maiden Voyage of the Magic, and my father-in-law was lucky enough to be chosen!  There were five of us boarding the vessel, and I thought I had never seen anything so elegant and wonderful in my life.  At least as beautiful as the nicest hotels, the ship held Magic and Wonder at every turn, from the amazing restaurants to the incredible shows.  While the trip was not without it’s mishaps (it was, after all, Disney’s first foray into the cruise business), it was wonderful, memorable, and something I knew I wanted to do again.

Over the years, we’ve learned a lot about cruising – like what’s important, what’s worth paying extra for, and even some stuff about tipping – the good, the bad, and the so ugly, we shouldn’t mention it.  But we will.  Because we’re like that.  So here are some of my best cruising tips.

1 – Inside? Outside? Verandah? Oh My! – When you hear the call of the deep blue sea, and that call leads to a call to your travel agent (and I know two phenomenal ones, so if you need numbers, let me know!), one of the first things they are going to ask is whether you want an inside cabin, an outside cabin, or a cabin with a verandah.  Now, I have to tell you, I have been on many cruise ships, and on at least a few of them, I’ve been with sick children – or I’ve been sick myself.  While this is something you certainly can’t plan for, it might be something to consider.

If you are looking at a standard sized cabin – as opposed to some sort of suite – it won’t matter in terms of size or storage if you book an inside or an outside cabin.  For some people, there is a concern that they will feel claustrophobic if they don’t have a window, so if you don’t think you can make it through the length of your cruise without a window in your room, don’t book an inside cabin.  If it doesn’t matter one way or another, consider the amount of time you will actually spend in your stateroom.  If you plan to spend your cruise lounging around the cabin, ordering room service, and watching television, you might want to spring for an outside cabin so you can at least periodically allow yourself to see the sun.  If you are booking excursions, plan to be up and out each day doing things in the ports or on the ship, it probably doesn’t matter. 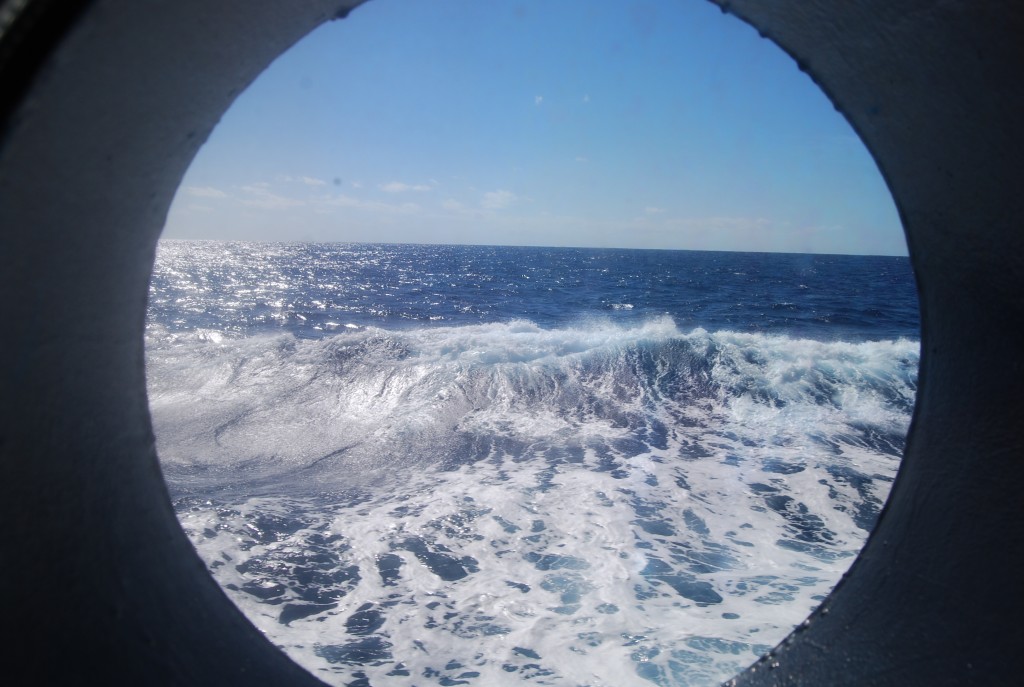 Now for the verandah.  A couple of cruises ago, we spent a week on a ship, sailing to Cozumel, Grand Cayman, and Key West.  During the trip, my middle daughter got sick.  Then my youngest daughter got sick.  Then my husband got sick.  I spent quite a lot of time in the cabin, and with the two sick children, I spent a lot of time trying to be quiet so they could sleep.  Having a verandah on that cruise probably saved my sanity.  I didn’t get to go off the ship in Grand Cayman, so the closest I came was to take pictures from my balcony on the ship.  Having the verandah allowed me to go sit outside, enjoy some of the sun, and not disturb the girls sleeping inside.  It gave me a place to go to feel like I was “out” of my stateroom, and I have to say, even in the evening, while the rest of the family was at dinner, and I was sitting with a sick kid, it was nice to be able to step outside for just a few minutes and enjoy an ocean breeze.  It also allowed the sick children, who did not get to enjoy the kids’ activities, a bit of a breath of fresh air and sunshine.  I would say that having a verandah on that cruise was well worth the extra money spent to have one.  Again, getting sick is not something you can anticipate, but if you do plan to spend time relaxing in your cabin, consider a balcony.  Also, if you plan on going somewhere where the scenery would be amazing, you might want to budget for a balcony.  I haven’t been to Alaska yet, but I don’t plan on cruising there unless I have a balcony cabin.

Next tip – How low should you go?