Yep, he managed to get me to drive him to the garden center and pick up a few last minute pumpkins.

And it turned into a shoot out at a bank. He wanted to find little white satchet bags and write giant black $$’s on them, but didn’t find them. And luckily for me, he didn’t find a bolt of white canvas either.

The comments from our trick or treaters? Awesome. They loved them all. 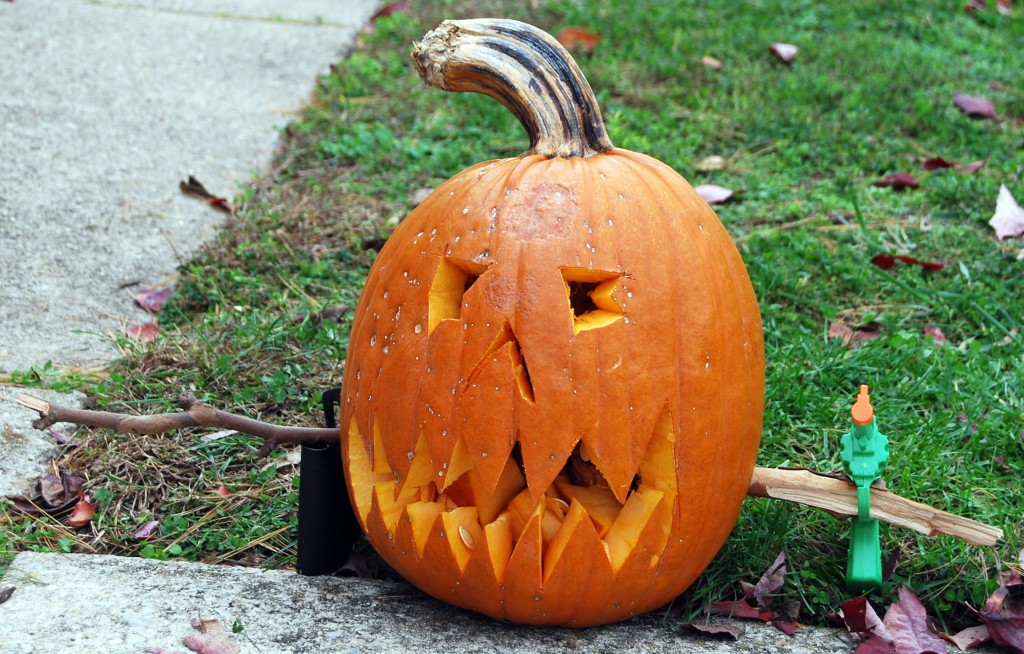 This is our gangster pumpkin.  You can tell by the bad skin and bad teeth.  Oh, and the weapon might be a clue as well. 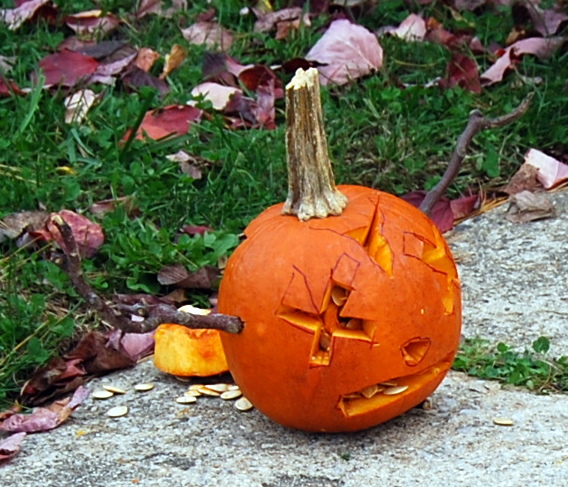 This was the poor old sod who was the first to meet the bank robber.  It didn’t end well for him.

This would be the bank security guard.  Perhaps had they armed him instead of the bank robber, the whole massacre could have been avoided.

While this other poor victim fared way better than the first, she did so through the pool of tears that formed as the water works streamed down her face.  Oh what it did to her makeup!

Next year, I am either not giving him any pumpkins, or I am spending the months of September and October reading him fairy tales.  Maybe next year instead of a massacre, we’ll have a happier, more Disney-fied theme on our front walk.