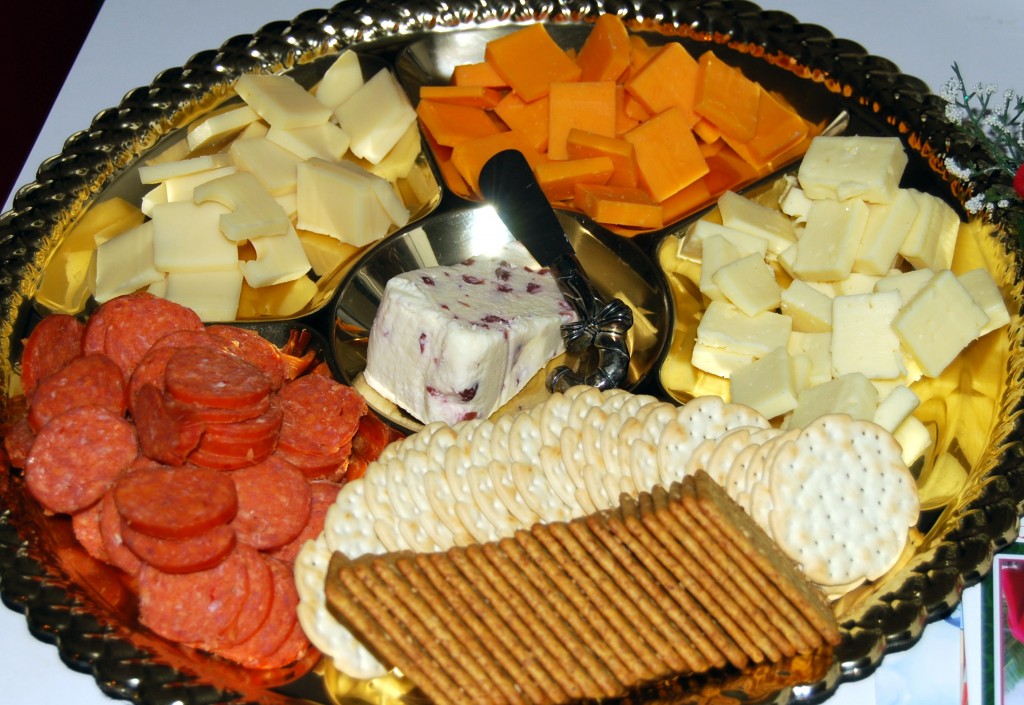 Food, glorious food!  Here’s what we served at the party – and a breakdown of what people didn’t eat.

Starting with the cheese course.  I’m not a fan of strong cheese – I prefer mild and softer cheese.  The tray included Havarti (my favorite), Stilton with cranberries (which looked pretty but must have tasted terrible, because I ended up tossing nearly the whole thing), Swiss, for Jim, who loves it (blech), and a sharp cheddar (blech again, but my family loves it).  The only thing I tossed off of this plate was the crackers and the Stilton.  That would have made a nice lunch!  Next year – well, it’s easy to do cheese, and it varies from year to year whether it’s a hit or miss.  Maybe I’ll change it up with some Fabulous Beekman Boys goat cheese! 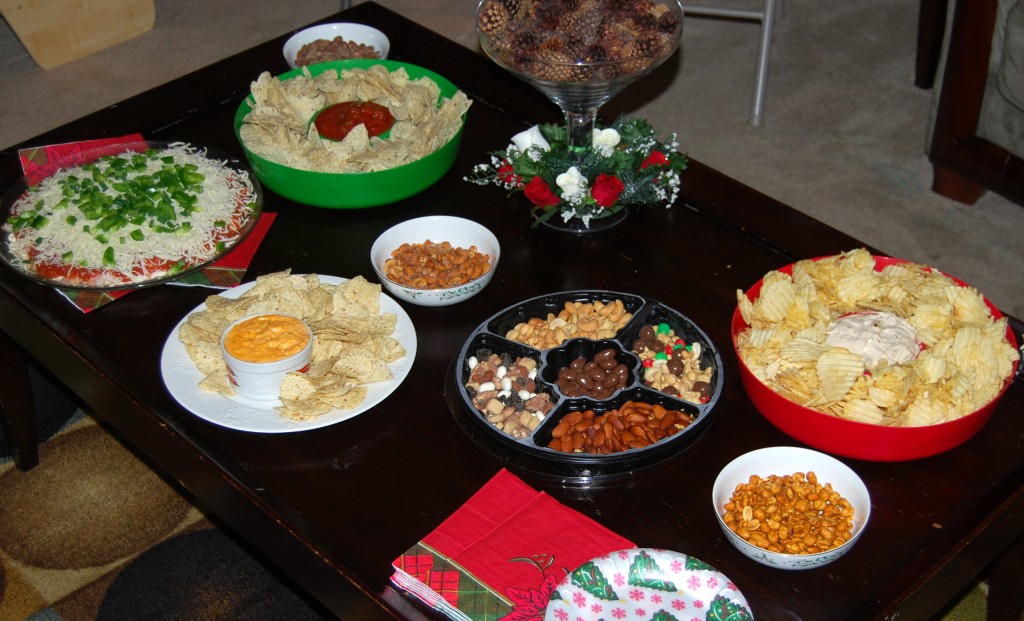 Downstairs snack foods are always tricky.  It’s usually mostly kids playing down there, but this year, it was mostly grown ups.  For the first time EVER, in the 20 plus years we’ve had a holiday party, I threw away potato chips and onion dip.  I almost always have to refill the chips and dip.  The buffalo chicken cheese dip – FLOP.  Thank goodness I can’t take credit for creating this hot mess.  Even the grown ups deemed it too spicy and unpleasant.  Chips and salsa – no one ever eats chips and salsa.  Jim makes me put it there every year, because he prefers it to sour cream based dips.  Next year, he’ll have to sit and eat the whole thing.  If there was going to be a next year.  17,003.

We also had girl scout nuts (they were spicy), and a snack tray from Target with my favorite ever trail mix – the pumpkin one.  Fortunately, no one ate it, so it quickly became all mine.

This was also downstairs, and there is only one snackable item on the table – the dark chocolate covered, metallic almonds that Jim bought.  I don’t think people realized this was not just a decoration.  These were delicious, but I had to go downstairs, open up the candy jar, and pass them out.  The metallic thing also freaked people out.  Next year?  These will be called Damn Good Nuts.