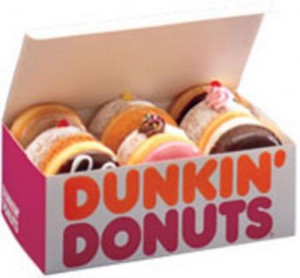 So, I found an iPhone application that helps me keep track of my calories.  It’s kind of a neat app, in that it lets me put in my starting weight, how much I want to lose, and at what pace I want to lose the weight.  After I programmed everything in, the thing called me a big fat ass, and then told me to lay off the Girl Scout cookies.  I kid…

Unless I actually do something with the gym clothes I bought besides pairing them with the right eye shadow and the perfect shoes, I am limited to just under 1400 calories per day if I want to reach my goal in time.  Of course, seeing a number that small, I instantly thought there must be a zero missing somewhere – or they were giving my calories in metric or something (yeah, I know).

I was pleasantly surprised at the end of the day yesterday when I had only gone over by 17 calories – and that was because I stopped for a second latte.  I can’t be blamed for that one – my crazy husband tossed and turned all night long the night before in his sleep, and as I dragged my butt on the ground, I knew I needed caffeine or a contract hit man to deal with the rest of the day.

But today, gentle readers and dear friends, I faced the ultimate challenge.  We were running late, and I had to stop to grab breakfast for the girls.  It was also the opening performance of Eilis’ play at school.  Being the fat mom that I am, I thought I’d reward them with a treat – Dunkin’ Donuts for breakfast.

I could have stopped and gotten them fruit and yogurt; or even an egg McMuffin, which would have been healthier and eliminated my temptation.  I didn’t.

And I ate a doughnut.

And I’ve stayed in my calorie range (well, 12 calories over for today – blame that second latte again).

The thing I’m most proud of is that I didn’t go back for a second doughnut – as I have been known to do.  Or come home and decide that I needed a doughnut for lunch, if for no other reason than to get them out of my house as quickly as I could – to save the rest of my family from the burden of obesity.  Because I’m kind like that.  And glaze is my favorite food group.

So as I stand here in the confessional, I hope that my prayer for absolution – my Act of Doughnut Contrition – includes at least an “Amen” for avoiding temptation for the rest of the day.

4 Replies to “24 Hours of Dieting, and I Survived Dunkin’ Donuts”