One week ago today, just around 11 in the morning, my father-in-law called to tell me they had just put my mother-in-law in an ambulance.  They thought she had a stroke, and I could hear the fear and concern in his voice.  I finished my phone call and promptly burst into tears.

After four days in ICU and one in her own regular room, they sent her home.  I should have known with each tear I shed that she’d be okay.  She is one tough woman, who has already survived being hit by a truck, a pacemaker, artificial knees and hips.  Of course she was going to be okay – she is an incredibly strong woman.  She’s raised three sons, left school very young, got married at 17, and she has been a wonderful grandmother.  Of course, she’d be okay. 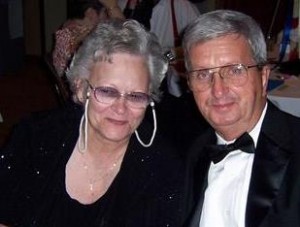 And then I started to think about my own mom, my sisters, my step-mom – I seem to be surrounded by women who take a lickin’ and keep on tickin’.  These are women that you’d want standing beside you, no matter what you were facing. 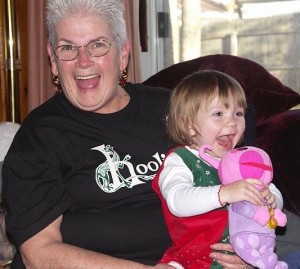 My own mom has worked hard for as long as I can remember.  She was the most loved crossing guard in the city of Philadelphia, and I have to admit, I used to get a little jealous when the other kids would run over to her on the corner and give her hugs and kisses!  After years of standing out in the cold, wind, and rain, she went to work as a toll collector – where she worked in a booth in the cold, wind, and rain.  But, even as a toll collector, she had her “regular” customers – people who sought her out on the bridge in the morning.  People love her.  Her grandchildren adore her.

She has spent the last two years fighting for every breath, as she suffers from COPD.  But she remembered every one of my girls’ birthdays – even when she was in the hospital or in rehabilitation for a broken back or a weakened body.  She made sure we had the merriest of Christmases, the happiest of Easters, and the best of all days in between.  She gets knocked down, but, well, you know the rest – she gets right back up again.

My sister Meg is my hero.  She was the first one of us to go to college and finish with a degree, even though she’s the youngest.  She’s always had a strong will and a determination that never quits.  She has devoted friends because she is one.  She is well respected because she gives respect.  And she has come through being blindsided with the vision to see the good that was already in her life.  She’s damn cool, and I’m so proud of her.

My stepmom is a rock.  Coming through her own devastating divorce, she found the ability to open her heart to my dad, a man who was already battling health issues related to his diabetes.  She was a staunch supporter, his healthcare advocate, and the one thing he needed in his life more than air or water.  On top of taking care of my dad until his last breath, she cared for her grandmother, her mother, and now her sister.  She spent more than 40 years working to build a wonderful life, and has become a fabulous stepmother, an awesome grandmom, and a fantastic friend. 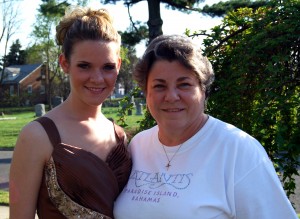 For myself, I hope to become half the woman that these amazing women are.  For my daughters, I hope that by surrounding them with women who have the strength to move mountains and the knowledge that being called “bitch” is a compliment, they’ll know they can do anything, be anything, and carry on the mountain moving legacy.  Thank God for these women in my life – for my sake and my girls’.