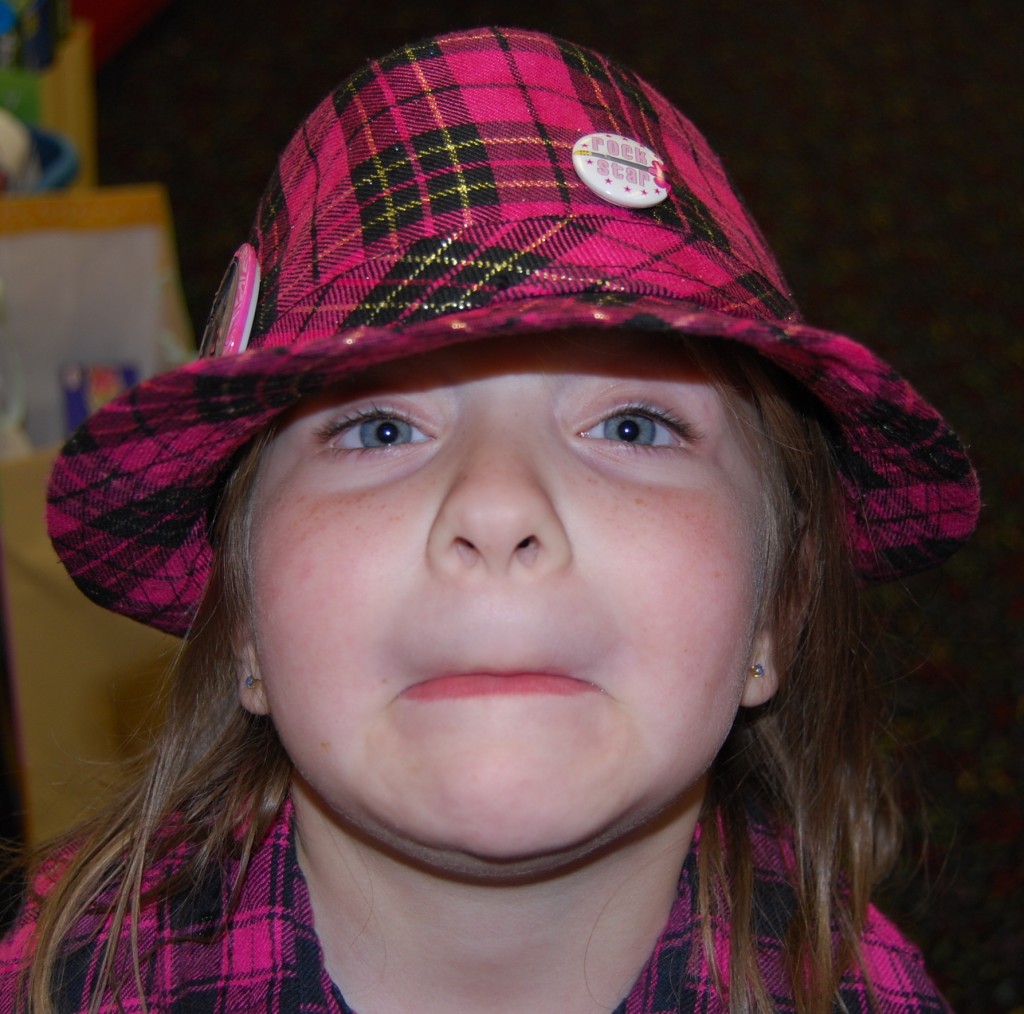 If there can be a Sh*t my Dad says TV show, I feel at least marginally entitled to bore you with the stuff my kids say.  At the moment, Granuaile is really working the “we can’t beat her to death because she’s so darned funny” routine!  Here are just a few of the things that have made us chuckle in the past couple of weeks:

“When can I wear short sleeve pants?”

“I didn’t get that paper at school – I was opposite that day.”

Directed at her father, “You listen here, Mister.  I’m going to be six, and I’m the only one in my whole family without a cell phone.  I better be getting a cell phone for my birthday!  Oh, and it’s April 16th!”

Also directed at her father, “You know, I have the world’s cutest hiney.  I know I do, because there was a contest, and I won, and they gave me a trophy.”  Replies her father, “Oh yeah, well where’s your trophy now?”  Granuaile says, “It was such a long time ago, and the trophy was so big, I couldn’t carry it, so I lost it.”

There are other gems, and I’m sure I’ll jot them down – keep watching!