Awww, true love!  Remember that bazillion dollar wedding that took place not too long ago and lasted ten minutes?  It was between the bootylicious Kim Kardashian and that tall white guy. 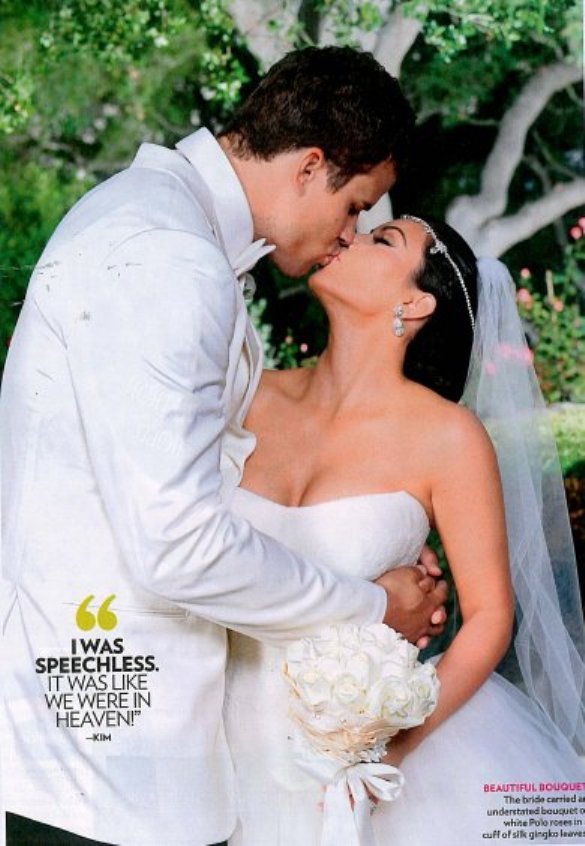 Obviously, because the Kardashians only know people who are, like themselves, incredibly, filthy rich, there were some very generous wedding gifts offered to the beautiful bride and whatshisname.  I’m sure there were all the usual things – a crockpot, a toaster, a Mr. Coffee – you know, things that you would buy for the brides you know.  But is the former Mrs. I Needed the Money a Wedding Would Earn Me For My Reality Show entitled to keep the gifts?

According to the jilted jackass that married Kim Karda$hian, no.  He believes that since the marriage was a sham (which, of course, he had no knowledge of), she should return everything.

According to Emily Post, they get to keep the gifts.  Who would want Kim Kardashian’s used bath towels?  Her electric can opener?  The sterling silver toilet paper roll holder?

To soften the blow for all those  generous loved ones who are out the big bucks they spent on the buy 1, get 1 for a penny JC Penney down pillows, Kim has donated TWICE the value of each gift to her favorite charity (stop it, those of you thinking it’s the other Kardashians!).  Not the gift giver’s favorite charity, mind you, but one near and dear to Kim herself.

I’m on the fence.  I kind of think if the wedding took place, she gets to keep the gifts.  At least the ones from her family and friends.  And Whatshisface should get the kitchen towel ensemble his family gave.  But, at the same time, I hate that she was able to pull off such a bogus wedding and benefit from it – although it’s not like she needed anyone to buy her anything.

What do you think?  Send them back?  Keep them?  Should the donation have gone to a different charity?

One Reply to “Let’s Gossip – Should Kim Kardashian Keep Her Wedding Gifts?”