I have been told by my oldest child that I cannot use my absolutely all time favorite photo of her today.  She thinks she was an ugly baby.

When I look at the first photo ever taken of Brighid, I thought I had given birth to a small spider monkey.  She had spindly arms and legs, and a thin cover of hair over most of her body.  Had I had my wits about me when I saw the photo – because I had not yet seen the actual baby – I might have asked the stork to see the receipt.  This was OBVIOUSLY a mistaken delivery. 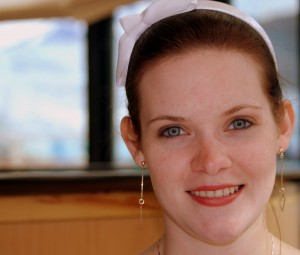 If I’m honest, though, it was a perfect storm of mistakes that got me to the spider monkey moment.  I got engaged in August, 1990.  We knew, after two years together, that we wanted a family right away, but had been told it might not be an easy road for me.  Birth control be damned, we decided to not – not try to get pregnant.  A week before our wedding, without any success, we decided to try fertility medication.  The doctor gave me the medicine, but told me to take a home pregnancy test before I started them.  With two days until the wedding, I tested positive.  The doctor made a mistake in thinking I’d need help.

We went on our honeymoon and when we came home, they gave me a due date of July 1991.  Then they sent me for an ultrasound.  They made a mistake.  I was due October 19th.

When things began to go south in my pregnancy, they made mistakes in telling me that my weight gain was due to overeating; my high blood pressure was due to the weight gain; my swelling was normal.  In actuality, it was pre-eclampsia that nearly killed me.

They finally admitted me to the hospital.  After nearly a week, I asked the obstetrician if it would be safe for my mom to go on her already arranged trip to Florida.  He said I’d be fine until she came back.  He made a mistake.  24 hours later – and about 8 hours after my mom left for Florida, I was headed for an emergency c-section.

There was only one thing about this that wasn’t a mistake.

In 21 years, I’ve made mistakes as a mom.  It’s an on the job training kind of gig, and mistakes are inevitable.  But becoming this kid’s mom was far from a mistake.  It’s been the most amazing happiness a person could know. 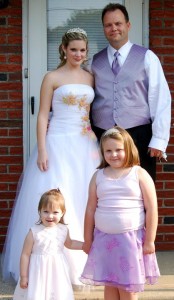 So today, my happy accident is 21 years old.  Grown up.  Gorgeous.  And only one of a handful of things I’ve done in my life that I know, with no uncertainty, was not a mistake.

Happy Birthday, Brighid.  Thank you for 21 of the most amazing memories a mom could ever hope to have.  xoxo

Oh – and yeah, let’s just call me adding this picture a mistake 😉