I believe myself to be tolerant.  My husband says I pick and choose my tolerance.  I believe in gay marriage but not polygamy, therefore, I don’t “tolerate” polygamy.  Penn Jillette would say my tolerance is condescending.  I would say they’re both wrong – no, they’re both assholes.  To be tolerant is not to agree that everyone is correct, it’s that everyone has a right to their opinion, and it’s not condescending.  It allows you to vote for what you believe is right and live the life you want to live, and you allow me to do the same – as long as no one gets hurt.  I think tolerance is, in that way, respectful. 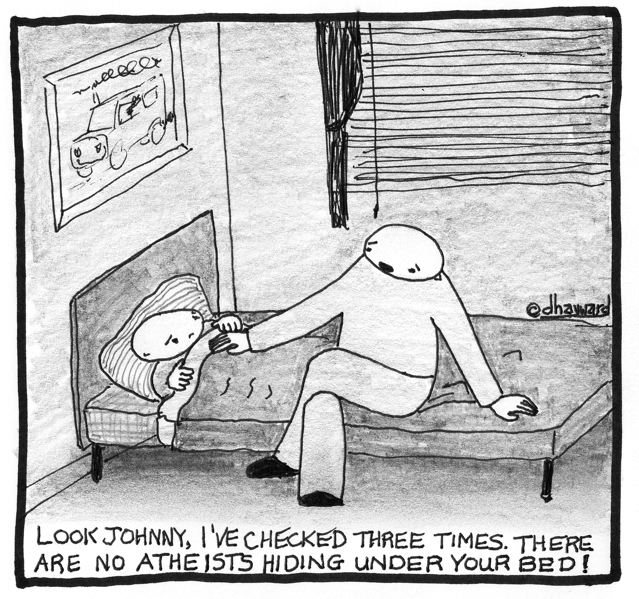 A relatively new thing in my household is my husband’s decision to be atheist.  He was raised Catholic, we’ve brought our children up with Catholicism, but at some point over the past year, he has decided he is atheist.

I believe my tolerance has run out.

I was watching Penn Jillette on Celebrity Wife Swap (don’t judge).   I have always enjoyed and admired Penn for his forthrightness, his strive for greater intellect, and his ability to “preach” (is that the correct word?) atheism in a way that suggested to me it’s okay for others not to be atheist.  But during the show, when Judy Gold’s wife wanted to hold a shabbat dinner, he allowed his children – almost with his encouragement – to be disrespectful.  This woman was mocked – yes, mocked – for expressing her religious beliefs.

Now, I know this was in Penn’s home, and clearly, God has no place there.  But he signed up for this show, and he had to know that they would find the most religious celebrity they could find. My children would have sat at that dinner, allowed this woman to share her traditions, and it would have been a great opportunity for my kids to learn something.  Was it going to make them Jewish?  No, but it might help them better understand another person.  Yay for them!

I tried to discuss my frustration with Penn Jillette with my husband.  What an atheist shithead.  No, not Penn.  Well, yes, Penn, but my husband too.  They make atheism seem like a bad breakup.  If they don’t have God, you can’t have Him either.  My husband’s answer to someone saying “God bless America” on 4th of July was to respond, “So, what, and shit on Canada? God picks and chooses?  What bullshit.”

Seriously? Does asking God to bless America, or my mom, who is currently in the hospital, or a Facebook friend going through a tough time mean I am asking Him to abandon anyone else’s intentions?  No.  God is like Chicken Man – He’s everywhere, He’s everywhere! (yes, I am that old).

I thought Atheism was about living a good life.  Don’t be an asshole in the one life you are given.

I am quickly learning that Atheism isn’t tolerance. It’s preaching that things are their way or the crazy way.  I’d rather be crazy. 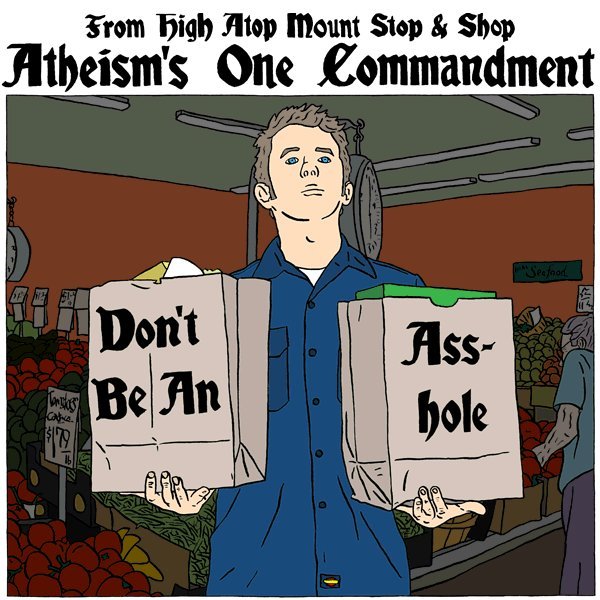 One Reply to “Tolerance is Golden”