So, you all remember when the latest rage in being a dumb kid was the cinnamon challenge, right?  It’s where children, in an attempt to make an internet name for themselves by choking down a heaping spoonful of cinnamon.  The cinnamon challenge can cause nosebleeds, inflammation of the lining of the nose and lungs, choking, lung infection, pneumonia, asthma, and in extreme cases, death.

The challenge kids are doing now in an effort to achieve ultimate internet fame – a viral video – is one of those things that will make you think, “What the hell is wrong with these kids?”  I know, we thought that after the cinnamon thing – but no, really, this will make you really look at today’s young people as if we have removed their brains and replaced them with a stupid chip, which causes them to seek more and more outlandish and idiotic methods to YouTube popularity. 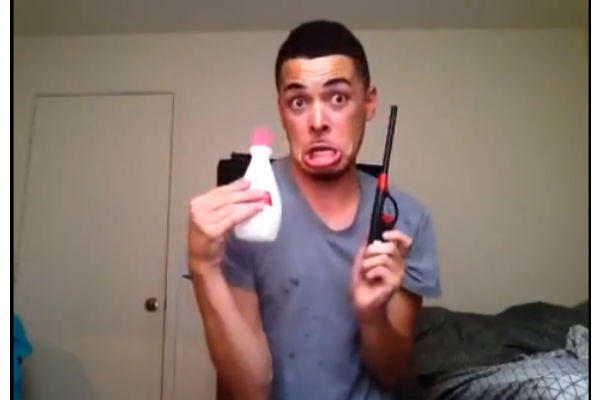 Yes, friends, the Fire Challenge is the new black.  The hottest (no pun intended) trend going for all the cool kids.

What is the Fire Challenge, you might ask.  Well, as any rational person would, you douse yourself in a flammable liquid and light yourself on fire.

Hey, kids, here’s a challenge for you.  Knock it the hell off.  This generation has brought us not only the Fire Challenge but the knock-out game, where you walk up to unsuspecting people and punch them in the head or face, hoping to render them unconscious while your friends with iPhones videotape the whole thing.  Remember when we were kids and old people would say “What’s wrong with kids today?”  Okay, as the old person, we can legitimately ask what the hell is wrong with kids today?

It’s time to use the internet and your YouTube channel for good, young people.  Ignite your brain, not your body.

One Reply to “Are Kids Getting Stupider? The Fire Challenge Seems Like Proof”