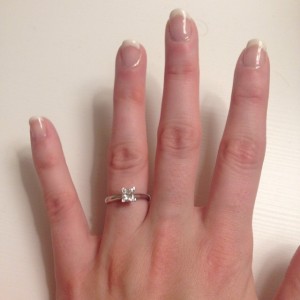 I ask so little of my children.  And when you consider what I’ve done for them – months of pregnancy related illnesses; days of of my life spent trying to get spit up stains out of Every. Single. Favorite. Shirt.; not throwing up when they showed me wiggly teeth until after they were out of the room; countless hours sitting at teachers’ desks for conferences – I really, truly haven’t asked for much in return.

Except that one thing.

Most moms whisper lullabies to their babies as they rock their tiny newborns to sleep.  I sang to the beat of my own insecure drummer.  On any given day, you could see me happily gliding in my glider, singing “Fat Bottomed Girls” to my babies.  Other moms were playing Laurie Berkner on the cassette player while they drove their children to preschool.  My girls listened to Sir Mix-A-Lot and the virtues of a big butt.  Granuaile was serenaded by Mika singing “Big Girl You are Beautiful” as we dropped her sisters off at school and skipped a walk around the lake in favor of going for ice cream.

I felt I had primed them for that one thing I was going to ask.  I laid the ground work for the appreciation of plus sized people.  They should have seen it coming.

“Don’t marry anyone with a mom thinner than me.”

Simple request, no?  Remember, this was in exchange for countless changed diapers, nights sitting up with ear infections and broken hearts, and too numerous to count school plays, concerts, and talent shows.  Yes, I did.  I sat through talent shows.  Even when my kids’ grade performed last.  I know – why have I not been canonized? 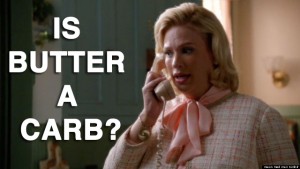 But do they listen to me?  No.  My daughter’s future mother-in-law is down right svelte.  Spindly and sylphlike. Clearly, this kid did not get the memo.  Or the subtle reminders.  Or being verbally beaten over the head with my pleas of a plump parent.

So I am back at the game I have lost so often.  Dieting.  Exercise.  Torturing myself in the name of not being triple chinned in a photo.

Wish me luck.  Say a prayer.  Send me rice cakes.  And if you don’t see this fat bottomed girl at the gym, give me grief.  Just dip it in chocolate first.