Granuaile’s Daisy Troop had an outing to the West Deptford Library this evening, where we went to story time with Mr. Malcolm!  We’ve never seen Mr. Malcolm before, but we’re totally in love!  He was awesome – he involved every kid in the audience in his show, he was animated and funny, he did voices (even British voices!), and then they served cookies and juice afterwards.

The highlight of Granuaile’s evening was when she got to be a ghost in one of the stories!  Watch! 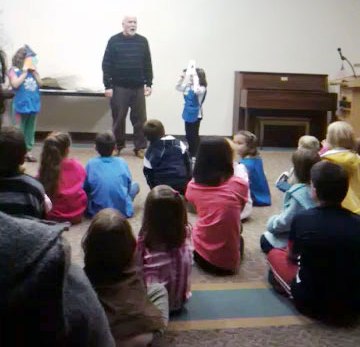