Awakening before dawn, they arrived.  There was Captain Jack Sparrow.  I saw a few Tinker Bells.  Buzz and Woody were  represented, and there were even a couple of the 101 Dalmatians.

Some of them, by mile 24, where we patiently waited, were still wearing smiles.  But more than smiles, they wore blood, sweat, and tears.  Some were bandaged from falls, while others had knees and shins taped up to help support them on the journey.

I cannot tell you how many people thanked us – they actually thanked US!  Margaret cheered until she was hoarse, Erin called out to as many runners as she could, and Jodi and I clapped until our arms ached.  And I could not believe how much it meant to some of those runners – ones who actually used some of the last breath available in their lungs to say thank you.  It made me tear up!

But let me tell you why we were really there.  When I first started with the Walt Disney World Moms Panel, we all talked about losing weight, getting fit, and running.  I’m a good talker.  A doer – not so much.  so when a good chunk of the panel started running, I was so impressed.  Tanya, Jodi, Whitney, everyone was just running their behinds off.  I so admired them for everything they were doing, for how hard they were working.  These were busy moms with kids, husbands, work, lives – and they were taking time out to do something for themselves.

And I hope none of them will take offense when I say that the one who has most inspired me was Diane.  She worked the hardest, she fought the longest, and she has achieved goals I’m not even sure she thought she could set for herself.  And along the way, she’s the one that has kicked my own ass for putting the goals I have for myself aside.  She’s the one who sent me the link nearly three years ago for the Couch to 5K program.  It’s bookmarked.  It’s read.  It’s on the bucket list.  She’s the one who just a few weeks ago called me out for promising come hell or high water that I would get my act together and do what I set out to do – and then I didn’t.

I went to Orlando this weekend for Diane.  I wanted to be there with her to celebrate this moment with her, and to let her know just how freakin’ much I love and admire her.  Not only does she put this mere mortal mom to shame, but she could out do Martha Stewart, the best of the Top Chefs, and the brightest of Project Runway.

Why yes, she is all that AND a bag of chips.

And because of modern technology, I failed.  Well, we failed.  We relied on information gathered somewhere out there by satellites in the universe to let us know when Diane would pass us by so we could cheer her on.  We stood and waited until headache, hunger, and our ability to control our bladders gave us no choice but to stand down from our post and seek remedies for our ills.  The universal powers that be told us we had plenty of time to do it.  But we didn’t.  And we failed.

We weren’t there, waving pom-poms, clapping, and shouting her name when she ran past us.  We were eating, peeing, drinking, and caffeinating our headaches.  And because we relied on modern technology, we missed her.  By minutes.  Literally, by minutes.

But it doesn’t mean that I don’t love her any less, admire her any less, or regard her as any less a superhero.  I do so even more.  She ran and succeeded without us there to push her through the last few miles.  She set the goal, she worked her ass off, and she achieved.

Yeah, I’m thinking I’ll be spelling inspiration with a capital D from now on. 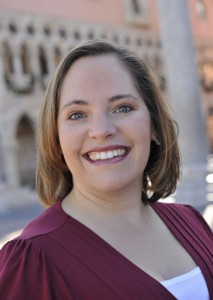