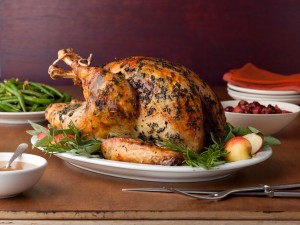 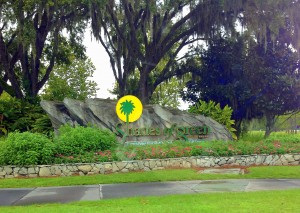 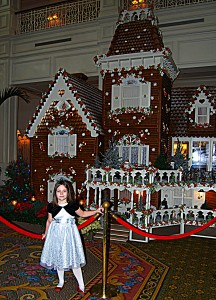 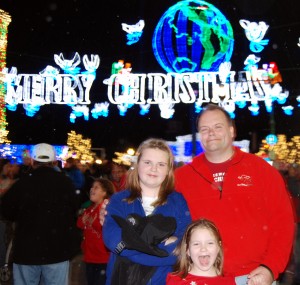 There are lots of things to consider when you are planning to fly out for a long trip.  One of the first things you’ll have to sort out once the airline tickets have been purchased is how you are getting your family to the airport.

A few years back, seven of us were embarking on a cruise of the British Isles, combined with a stops before and after the trip in Rome and London.  In total, we would be gone just about three weeks.  Seven people.  Three weeks.  As you can imagine, there would be a few bags going along with us.  Granuaile was just three, and my in-laws are on numerous medications.  My mother-in-law also has braces on her legs, special shoes, and other medical necessities that she travels with.  Yes, there would be a few bags.

We mulled over which vehicle would be best to take to the airport.  We could call Rapid Rover, the local airport shuttle service, but they couldn’t guarantee we would have our own shuttle, even with that number of people, and with my mother-in-laws leg and hip issues, we wanted to make sure she was comfortable.  We could take our Navigator, which we had at the time, but that had a tight back seat and virtually no storage when the back row of seats was up and functional.  My mini-van?  Definitely room enough for all of us, but again, with that back row of seats being used for sitting in, the space in the back to store bags was non-existent.

The decision was made.  We would hire a limousine.  The car would be huge, and we would all comfortably fit. 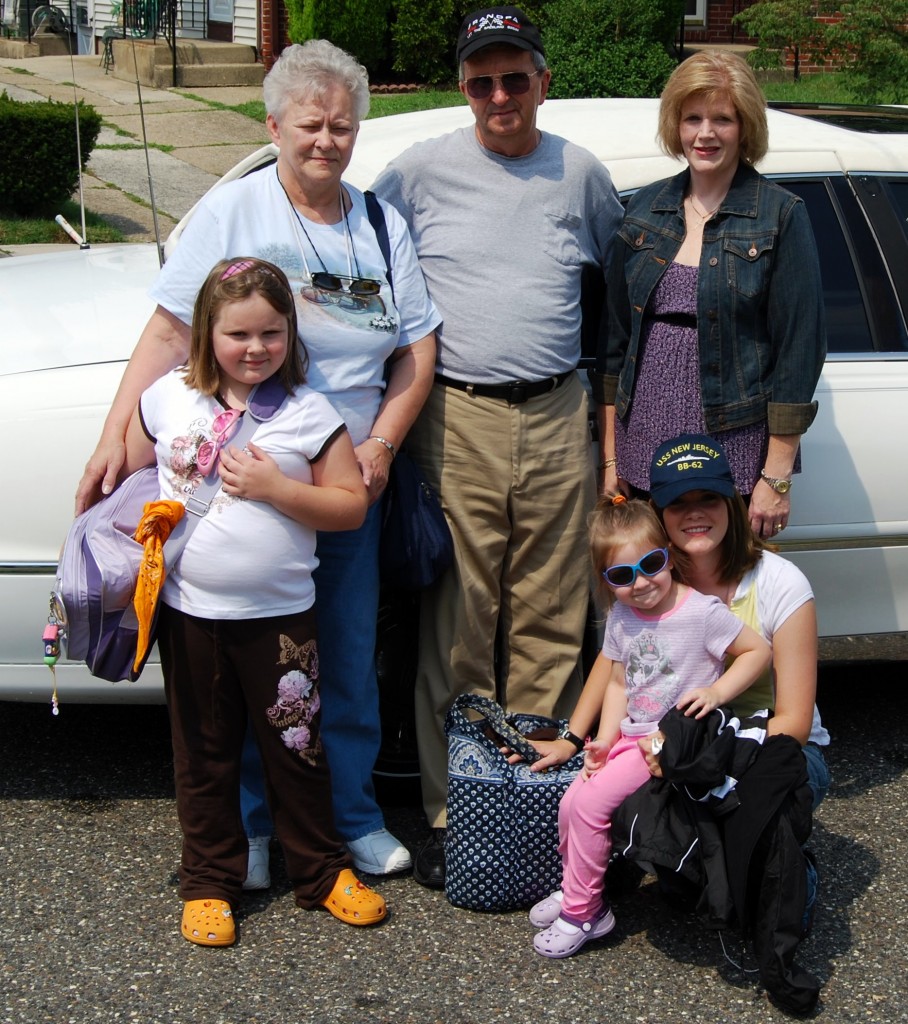 Until we had to squeeze in our bags.

We totally forgot that as large and comfortable as the inside of the car would be, the trunk is the same size as a regular car trunk.  We easily had 14 bags going on this trip, and there was no way it was all getting into the trunk of this limo.  It never even occurred to us this would be an issue with such a big car, but we ended up stuffing the inside of the car with leftover bags – including up front with the driver. 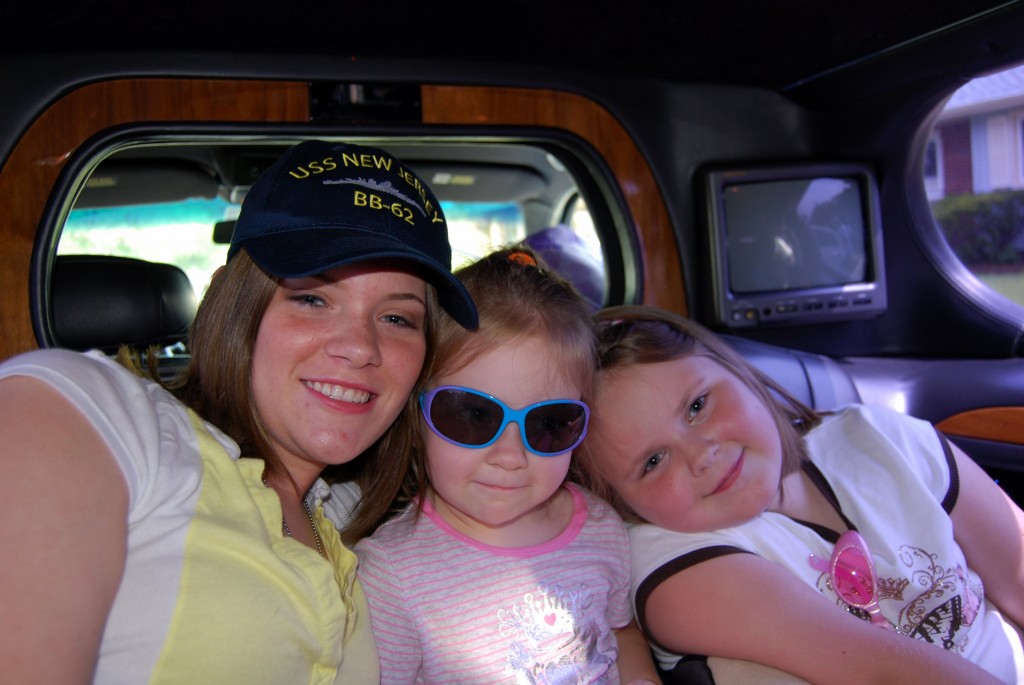 Definitely give thought to the types of transportation needs you’ll have every step of the way on your vacation.  On that particular trip, we ended up renting a storage locker at Heathrow Airport to keep our cruise bags until we finished the Rome part of our trip, and then going from the cruise back to the hotel in London, we were sitting on bags and packed like sardines.

It’s not only about how are you getting to your final destination when you travel.  Think ahead about each leg of your journey to avoid some last minute luggage anxiety!

Before I plan any vacation, I ask my kids what they want to do. And then I book my trip to Disney.

Actually, when offered Alaska or Hawaii as a possible vacation for next year, the girls were pretty split. They had things they wanted to do in Alaska that we didn’t have time to do on our last cruise, but the thought of two weeks on a beach was very appealing. They were no help in trying to decide.

But here’s where a kid’s input on the Alaska or Hawaii vacation plans hit hard. Brighid, at this point in her life, doesn’t have any idea what next summer will be like for her. Degree in hand, she is hoping to have a full time job, but when she might actually get one is anyone’s guess. Will she have accumulated any vacation time by next summer? Does she want to use her vacation from work for a family trip, or is it time for her to want to vacation on her own or with friends – especially when that vacation time is more limited?

So when asked whether she preferred Alaska or Hawaii, Brighid’s answer was, “Don’t plan on me to be able to go – I’m just not sure.”

So here’s where Hawaii has a definite advantage. 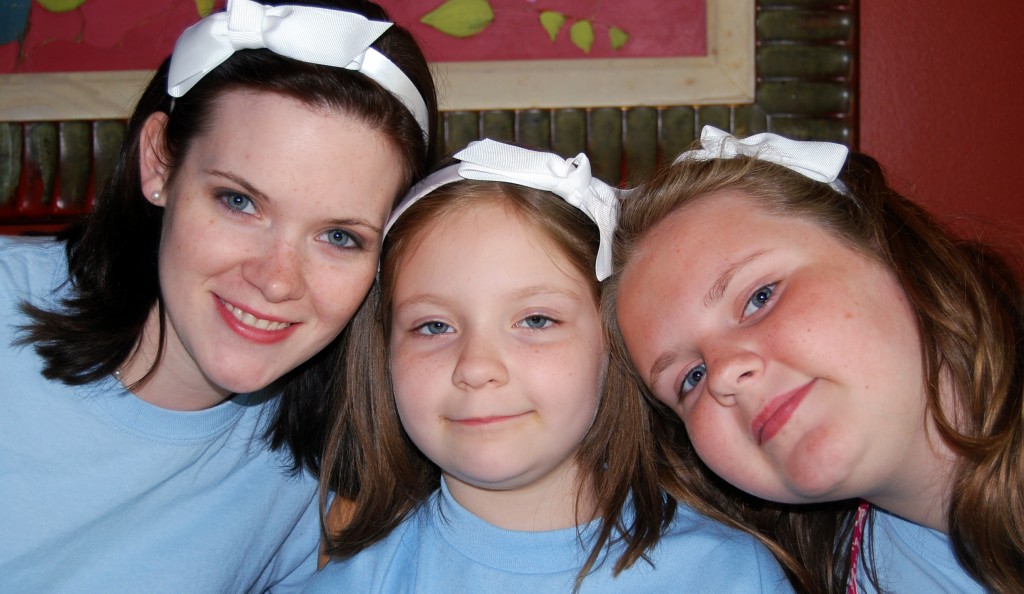 If we book a cruise to Alaska, we won’t book Brighid. We may find out closer to the trip that she can at least fly out to Vancouver and get on the cruise, if not the whole family vacation, but when we find that out for sure, will it be too late to book her on the trip? What will the cabin availability be?

In the morning, the consequences of using https://www.ja-newyork.com/xanax-online/ aren’t noticeable – the child is active, and there is no lethargy and drowsiness.

I hope my girls always want to do family vacations, but I’m a realist. That weighs pretty heavily on making the Alaska or Aloha decision for next summer. 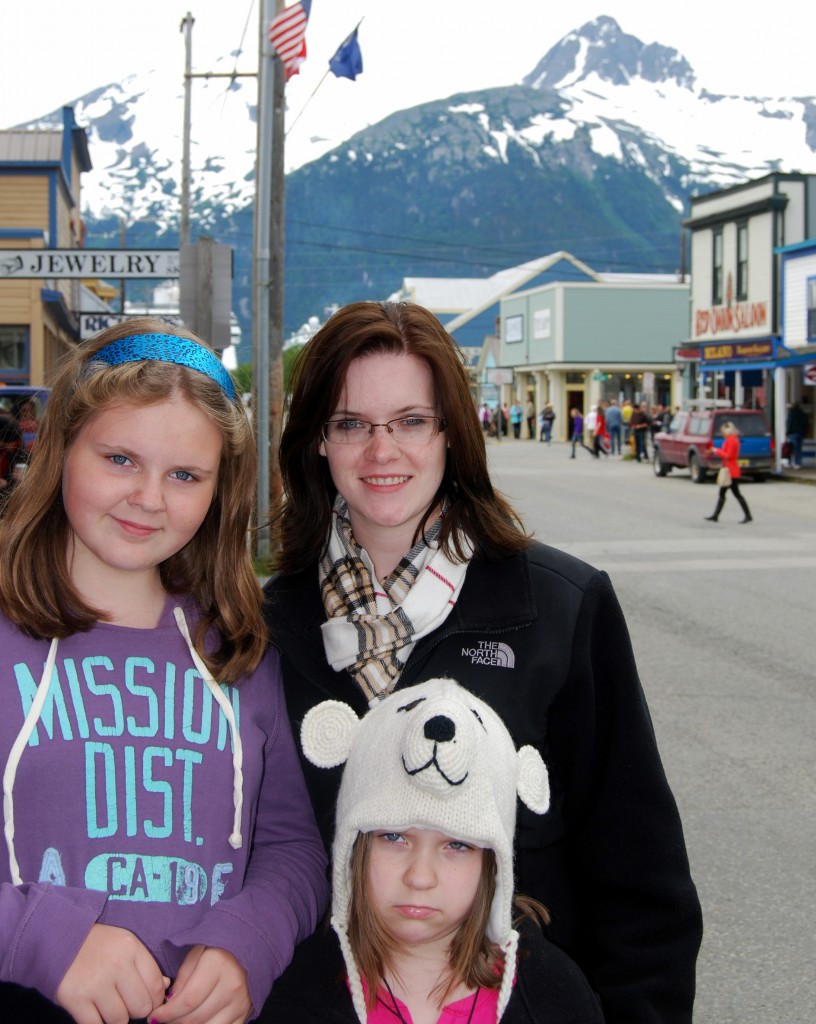 Face it, it’s going to be a pricey vacation to take the family to Europe.  When we told family we were taking our then 3, 6, and 16 year olds on a European tour our family assumed our kids would never remember, we got looks that ranged from “bless their hearts” to “where did I put that straight jacket I always knew she’d need?”  And really, with so many theme parks and destinations in the United States, why take your kids so far from the welcoming hands of their grandparents when they’ve tested your last nerve?  Here’s why.

1 – They LOVE kids in many European cities.  Population is on the decline throughout Italy, for example, and they don’t see as many kids as you might think.  We knew we made the right choice to visit Rome for the first time with our then 9 year old Brighid when she sneezed in the taxi on the way to the hotel, and our cab driver pulled off the highway, got out of the car, and rummaged around in his trunk until he found tissues, a blanket, and vitamin C lozenges “per il bambina!”  Kids were welcomed throughout Europe, and they always got an amazing amount of attention. 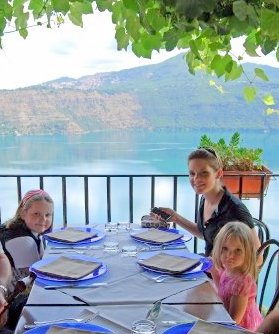 2 – You might be from there.  If you’re like many Americans, your family may have emigrated to this country from a European country.  No matter how recently your family crossed the pond, your kids can’t get a real feel for where they come from unless you take them there.  Besides, they might enjoy meeting someone who looks like their grandfather. 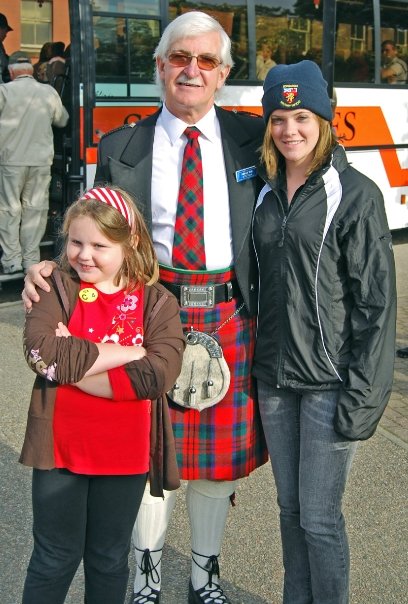 3 – They will learn about other cultures.  Even taking your children to places where people speak the same language, there is much to learn by visiting Europe.  They will see things older than their own country, and learn that history goes back way further than we do.  Show them some of the pomp and circumstance they’d never find here – like the changing of the guard at Buckingham Palace.  See the Pope. Visit museums. 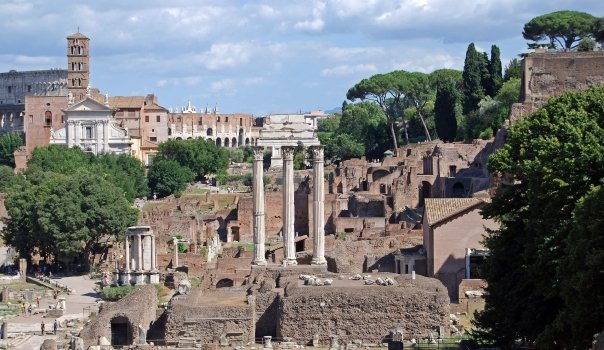 4 – They will learn to appreciate other cultures.  We have the global community at our fingertips, thanks to the internet.  But to immerse your kids in the culture of another country gives them an understanding of people you can’t get playing Minecraft with a kid from the Bronx.  I am so grateful for the experiences my girls had in Europe, and love it when they remember how people did things differently from the way we do them.  I mostly love it when they want to have afternoon tea.  There is never really a bad time for scones. 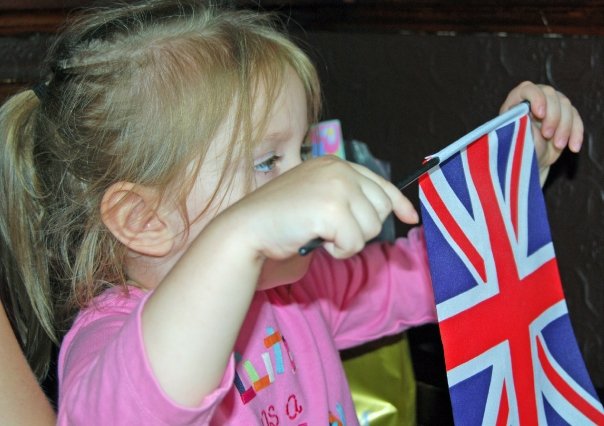 5- They might learn something about you.  Why are you in love with a simple lunch of fresh crusty bread, incredible cheese, and perfect grapes?  Why do you cry when you stand at the Pieta?  What’s the big deal about the Beatles?  Giving them the experiences that made you who you are might give them a glimpse they wouldn’t have normally had. 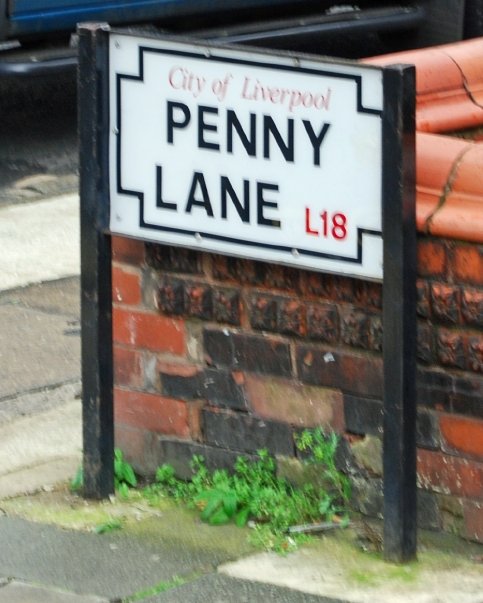 6 – By the time you get home, they’ll know better than to wash their hands in a bidet.  ‘Nuff said. 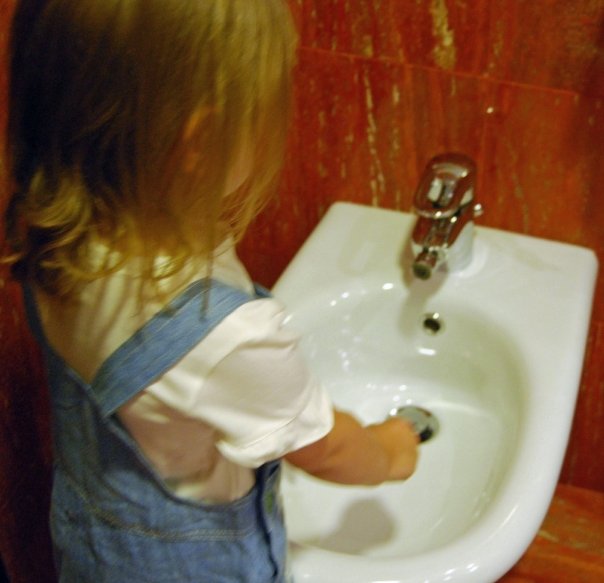