When my father-in-law died in 2001, a family that had been fractured for as long as I had been a part of it fell completely apart.  Those of you who are close to my family know the story of the incidents that took place surrounding the passing of my father-in-law Custy.  If you don’t know the sordid details, suffice it to say, it was the ugliest of times.

I woke up this morning to find two things that brought me back to the time of Custy’s death.  The first one was a lengthy diatribe against my husband from his only niece, in which she used all the foul language she could muster to beseech my husband to make up with his brothers, completely disregarding the things that transpired around the time of the funeral.  She publicly aired some of the family’s dirtiest laundry, using Facebook as the forum to spread a message of misunderstood hate.

The second thing I learned was that Dear Abby had died. 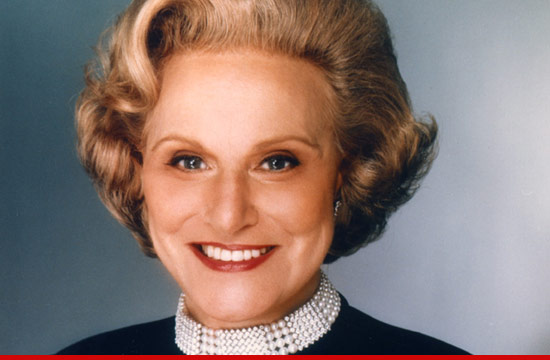 Why does Dear Abby bring me back to that horrible time in my family history?  It seemed that with all that transpired involving my brothers-in-law at the time Custy died, I found myself at the end of my rope.  I had never experienced anything like this in my own family, and the behavior to which I was a witness was so deplorable, I spent days trying to examine my own part in the fiasco, trying to determine what blame should be placed on my shoulders.

I sat down one night, in tears, and wrote everything out that had happened, and I sent the note off to Dear Abby.  In my mind, she wasn’t someone who could help, but she was the anonymous face in the crowd to whom I felt I could spill the story and alleviate my guilt.  So I did.

About a week later, my phone rang.  Jim answered it, and the woman on the other end asked to speak to me.  He handed me the phone, and a voice identified herself as Pauline Phillips.  I didn’t know who Pauline Phillips was, and I didn’t recognize the voice, but when the voice spoke the words, “I’m Dear Abby, and I received your letter”, it all began to register.

The kind, gentle voice explained that she understood exactly what was going on in my family, and she proceeded to tell me that I would be positively shocked at how frequently what happened in my home also happened in other homes.  She told me that my husband and I did everything we should have done in the circumstance we found ourselves in, and she wanted me to know that, but she couldn’t publish my letter.  She said the amount of dysfunction in the letter was so dramatic that people would think she had made it up!  What’s more, she said that my letter was one of the most powerful she’d ever read, and because of how it was written, people would automatically conclude it was fiction, even though she knew all too well how frequently other families faced what we faced.

I felt relief that day, hearing the words of this wise and honest woman clearing my conscience.  There was kindness in her voice, sympathy in her words, and knowledge in her heart.  She restored peace to my home with that phone call, even though we would deal with the repercussions of those heartbreaking events for many months – no, many years – to come.

Thank you, Mrs. Phillips, for getting me to the place I needed to be at that time.  I know her column was read by millions around the world, but her voice and her message will stay with me all of my days.