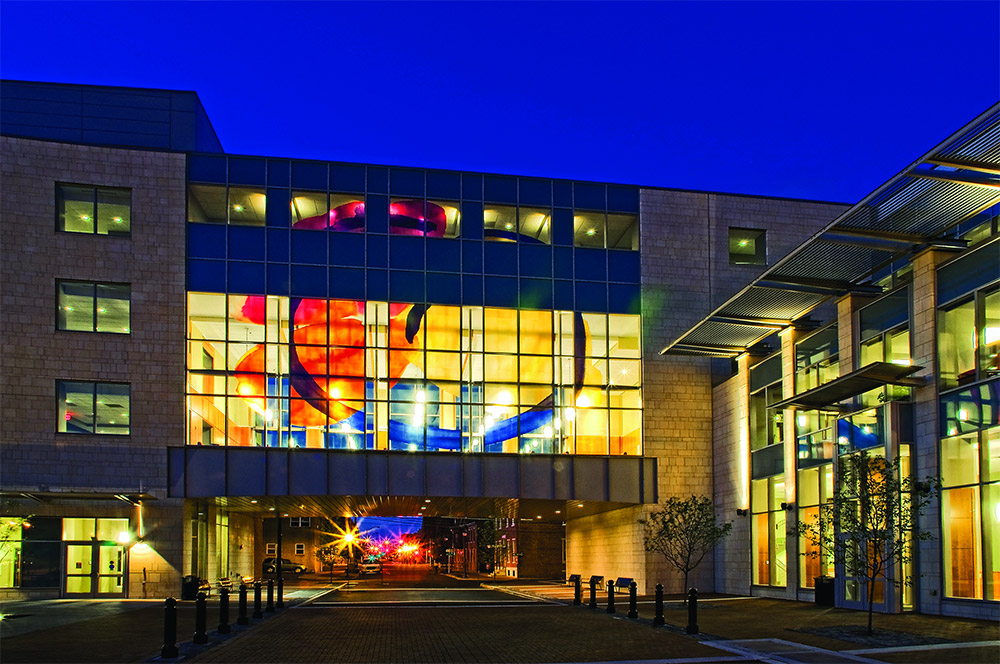 At some point in life, you are going to need a lawyer. Having been on the inside of this Class of 2020 crop of emerging attorneys, I can tell you without a doubt, this is the crew you want in your corner.

Most of the students in this class are the traditional law school student – falling somewhere in their mid-20’s. But they have grown up as part of one of the most sensational generations in our American history. They were raised in a “new” America – one where terror touched our shores, changed our sense of security, and permanently altered travel into and out of our country, impacting how we view day to day life. And in their life times, they have seen tremendous change in this nation. These kids were front line witnesses to the first African American president, the first Latina Supreme Court Justice, and the first footsteps into the world of social media.

These are the kids that first learned the lock down drills, who are too familiar with the chant of “Locks, lights, out of sight warning that prepared them for an active shooter in their schools. And they are the kids that saw their same sex parents legally permitted to marry – unlike in any generation before them. DNA testing just for the fun of it became a thing, allowing them to explore their history and culture in a previously inaccessible manner – while opening up the legalities of giving access to our personal privacy.

They have lost loved ones at an astounding rate to opioid addiction and gun violence. It has shaped the way their generation looks at the war on drugs and on gun laws. They have raised their own platforms to stand on to speak against the things that take away those they love most.

Like no generation before them, they have experienced unprecedented access to information and the knowledge of how to use it. They have always had Google, smartphones, and the ability to speak face to face with people in every corner of this world. They can influence and affect people continents away and generations apart, despite vastly different cultures – and they do.

I’ve watched these students participate in community outreach, fighting for the rights of immigrants, victims of domestic violence, and children. They have traveled the globe in pursuit of legal knowledge by studying in places like South Africa and Cuba. They have given up their spring breaks in service to under served communities. They worked tirelessly writing wills for heroes, doing taxes for senior citizens, and spent time dedicated to law clinics helping veterans.

And to cap it all off, the end of the academic road for so many of them has been accomplished under the most trying circumstances. In the past month, they’ve attended class online, been left in limbo by the cancellation and rescheduling of bar exams, and worried about the post-grad job offers and careers they were about to embark upon. The very celebration of their accomplishments – their graduation – was stifled by the boom of the COVID-19 pandemic. They have had to learn, after working so hard and achieving so much, that not everything they succeed in gets a pat on the back.

And don’t think I’m overlooking you non-traditional student lawyers – obviously, I am one. We’ve brought much to this experience. The world has grown and changed significantly in our time on the planet, and we have benefited from watching generations both behind us and before us tackle challenges and celebrate triumphs. Some of us, old enough to remember rotary telephones and Red Food Dye #2, bring the battle scars of raising children with the PTSD that comes from from living in a post-9/11 world. We remember a simpler time, but know how much our world of racial discrimination and gender inequality needed to change. We know race riots and read history books that painted things with one color – white, heterosexual male. We brought a perspective that was different, and we issued a challenge to ourselves to keep striving towards making the changes that we want to see in this country – in this world.

To my classmates – my friends – from Rutgers Law Camden Class of 2020 – you deserve the celebration you can’t have. You inspire and awe, and it has been such a privilege to learn beside you and watch you grow. Your accomplishments will be many, your power to influence our community boundless. I am so proud of each and every one of you, and grateful to those of you who have lived their best lives these past three years and allowed me to watch. It has truly been an honor, and I cannot wait to see the new paths you blaze.

You hear it all the time.  You might have even said it yourself a time or two, especially if you’re a mom.  But time really flies when you’re raising kids.  They grow up so fast, that you turn around from throwing the last diaper in the trash and they are wearing a cap and gown, graduating from eighth grade.

That’s where we are in my house.

Most of you know my Eilis story.  After trying for 10 years and experiencing four miscarriages, a psychic told me I was pregnant.  Yep, a New Orleans street psychic.  We had tried and tried again with fertility medication, and had failure and loss after failure and loss.  I think before we left for that cross country vacation, we had pretty much decided we were done trying.  Nothing good was coming from it.  And there I was, in New Orleans, sitting across from a pixie-like psychic, asking the question about whether we’d ever have another child.  The smile that came across her face was one you normally see on the face of someone in handcuffs as they are about to declare their innocence for a mass murder spree due to reasons of insanity, but I so wanted to believe her when she said, “It’s already taken care of.”

A little more than a year later, we celebrated Eilis’ first birthday with a Mardi Gras party.

I love all of my children, and I believe I love them all equally, but Eilis is truly different.  The other two are huggy, kissy kind of kids.  Eilis makes you work for it.  She doesn’t just pass out hugs and kisses at whim – you know you deserved it if you get an Eilis hug.  Her laugh, which I always thought was contagious when she was a baby, is absolutely infectious now.  Maybe it’s because she’s a teenager and I don’t hear it as often, but my whole body feels happy when Eilis is laughing.

She has always stood up for what she believed – whether it was demanding a blue crayon when her preschool teacher told her she didn’t need it for a fall picture or when she was making dinner for families at the Ronald McDonald House.  She has and always will make a difference in this world, not just in my life, but in the lives of those around her.

Eilis is my miracle baby – the one I prayed for, longed for, and cried for.  She continues to amaze me, impress me, and astonish me simply by the fact that I gave birth to this incredible person. 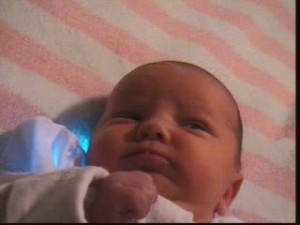 I’m so proud of her every day, but as I get ready to watch her get her certificate for graduating eighth grade, I am even more proud.  She has overcome bullying, survived middle child syndrome, and blossomed into the most amazing human being.  I can’t wait to see where she takes this incredible life.