I’ve posted quite a bit about some of the negatives and side effects resulting from my gastric bypass.  I’ve even mentioned the downside of weight regain – which I struggle with on a minute by minute basis.  But there are benefits that far outweigh – for me, anyway – the risks I undertook.

When I decided to have surgery, I had just watched my father fight – and lose – his last battle with diabetes.  I sat in a room with my dad’s brothers and sisters, who came from various parts of the country to be with us in hospice, and realized that we were all diabetic.  As my dad slept fitfully on one of his last days, his youngest brother by his side, all I could think was that I hope and pray my young cousins never have to sit like this and watch their father die from this horrible disease.

And then it struck me that I never wanted my children to sit and watch me. 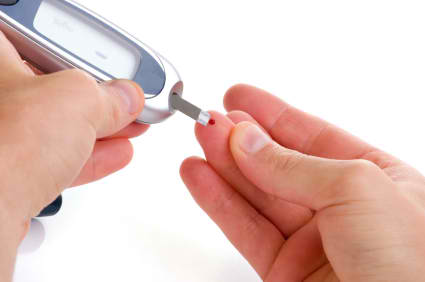 After losing the first 50 pounds, my blood sugars became normal.  Not only did I no longer have a need to test seven times daily, I also stopped needing medicine.  My blood pressure, which really was in the medium to high normal range, is now low normal – unless it’s the night before a chemistry exam.

I didn’t know how much the excess weight slowed me down, and honestly, I thought I was a damn mobile big girl.  But when I lost 100 pounds, and realized I could get down on the floor and not have to crawl to the sofa to lean on it to get up, it was an epiphany.  I volunteered more at school, after backing off when Brighid was in elementary school.  I went in one afternoon to read to her class, and one of the boys told her I was the fattest mom ever.  He was an expert, having a pretty enormous mother himself, but it occurred to me I might be an embarassment to my kids, so I didn’t go back to school to volunteer.

I also didn’t put myself out there for things – like applying for the Walt Disney World Moms Panel.  But then I lost weight and found courage.  I can’t tell you how happy I am that I did.

I didn’t know my quality of life was as poor as it was until it got better.  And it did.

So, yep, there have been a lot of pitfalls in my journey through gastric bypass.  But the days when I’m flying high make every small stumble worth it.