There is absolutely no doubt – I love me some Disney World.  Some of my most magical moments and favorite memories were made in Disney parks.

My cousin Margaret is in Walt Disney World right now, and the entire first day of her vacation has been a stressful, tear-filled disaster.  Through no fault of Disney’s, her airline lost her luggage, claimed she never checked a bag, said Disney’s Magical Express team picked it up by accident, and ultimately found it this afternoon in Ft. Lauderdale.  In the suitcase were all of Margaret’s clothes, the princess dresses she bought for her two nieces, and other personal items – in other words, everything Margaret needed for her vacation was in that bag.

She spent hours on the phone with the airline, stressed over the girls’ having their dresses for their long awaited dinner in the castle, and worried about not having the allergy medicine she packed “just in case”.  But, like other plus sized girls, Margaret’s biggest concern was getting clothes that fit.

So, here’s what Disney did oh my gosh, so right.  They very generously offered Margaret a credit on her account to help her either replace her clothing or enjoy a meal or two without worrying about the extra expense of taking taxis to replace items at stores away from the resort area.  Again, this was in no way Disney’s responsibility, and this little bit of pixie dust is the midst of such stress was really the one bright spot over the two days of agony.

But here’s where I think Disney fails some of us sometimes.

It’s one thing if you lost your luggage and you were a regular sized person.  You can find virtually everything you need at Walt Disney World – underwear, shorts, bathing suits, dresses – both fancy and casual.  But when you’re a big girl, you are, for lack of a more appropriate term, screwed.

Up to a certain extent, you can probably find t-shirts or sweatshirts at Disney World if you are plus sized.  You may even find shorts or sweatpants.  But you’ll have to spend your trip pretending it’s panty-free Friday if you’re a plus sized gal in the House of Mouse.  There will be no underwear to be found.  Forget finding a bathing suit bigger than a 14 or 16.  Even if you settled for living in your bathing suit for the whole vacation (and just adding pearls to go to Victoria and Albert’s), you won’t find one in your size if you’re a bigger person in the pixie dusted domain.

Now, of course, you can take a taxi to the mall, the local outlets, even WalMart for essentials, but that adds an additional expense, takes you away from the parks and the vacation fun you are looking for, and when you’ve got kids in tow (Margaret is traveling with four of them), now you’re talking about a cab ride for the whole crew and keeping the kids corralled while you try to find the things you need in an unfamiliar mall.  Definitely not the way to start a vacation.

I’m not saying it’s on Disney to carry every article of clothing in every size.  It would be unrealistic to expect to lose your luggage and have options such as boxers or briefs (I have found men’s boxers, by the way); Michael Kors or Zac Posen; or every color of the rainbow.  But maybe just a few more items in a sistah’s size would go a long way to making a stressful start to a vacation a little bit easier to swallow.

While cruising is one of my favorite vacations EVER, it is not without its stressful moments.  Does everyone have their passports?  How am I going to fit 3 outfit changes per day per person for a 7 night cruise into luggage that will fit in the overhead compartment of the plane?  Does my ass look big in this?  Okay, but bigger than it did before the last cruise?

As if there’s not enough pressure preparing for a cruise, I always like to go the extra mile, and that’s where Fish Extender gifts come in.

What the heck is a Fish Extender?  And why do we bring them gifts? 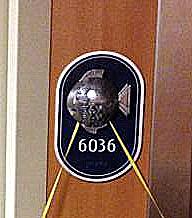 On the Disney Cruise Line ships, your “mailbox” is a sea creature – mostly fish, but I’ve also seen other animals, like a seahorse – where your cabin steward or someone else will put things like invitations to events, offers from the DVC desk, other envelopes holding information they want you to have.  Some amazingly pixie dusted person, who I’m sure came from the DISboards, came up with the idea of creating pouches that you could hang on your Fish Mail holder, and other DISboard members on your sailing could sneak by with little gifts to add an extra dose of magic to your cruise.  Oh my.  Who doesn’t want an extra dose of magic?  Who in their life is screaming, “No mas, no mas!” to more pixie dust?

So, my understanding of these Fish Extender gifts is that you just had to do a little something for each cabin signed up for the gift exchange – some little token or small surprise to make the people in the cabin all smiley and happy that you thought of them.  I gladly signed up, then poured over blogs – especially my Sister Disney Parks Moms Panel Mom Darcie’s at http://suchthespot.com/category/fish-extender/ – then joined the Facebook group.  Then wanted to die.  What had I gotten myself into?  These people were hand making stuff.  They were ordering engraved things online.  They were going on Etsy and having other people hand make and engrave things for them.  Kill me now, right? 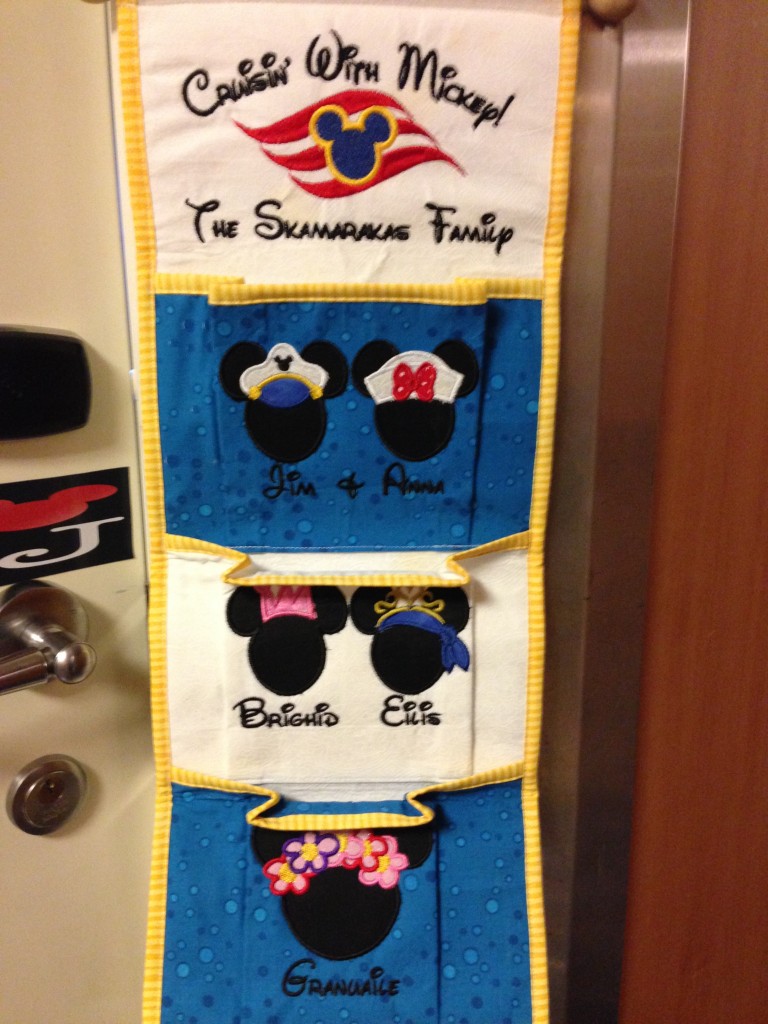 Here’s what it all boiled down to.  This really is meant to be just an extra sprinkle of pixie dust on what should already be an amazing vacation.  Whether your Fish Extender gift cost someone $1, $10, or $100, it should not define your choice of gift for your Fish Extender offering.  Little kids may want to pass out penny candy – and that’s fine!  It makes them feel good, and it should make you feel good.  It’s fun.

You should never give a gift with the expectation of what you will receive in return.  Just like pixie dust, the magic in the Fish Extender gifts is in the spirit in which they are given.

The greatest joy can be found in the simplest things.  If you let yourself seek.

You have to love a man who tells you that he knows you will heal as he’s snipping nasty bits off flesh off of your body.  That is, indeed, optimism at it’s finest.

And those of you who went through the surgical journey with me last year might recognize that little piece of machinery pictured above.  It’s a wound VAC, and it may once again become part of my wardrobe essentials.

The one big spot on my back is still a big spot.  The other two little spots on the other side really weren’t little spots  -they were hiding a deeper issue.  If you can envision a pair of sunglasses, with the nose piece holding the two lenses together, that’s kind of what the wound looked like.  Today, we opted (okay, maybe the me part of “we” wasn’t as enthusiastic about this choice) to snip the nose piece section, and a small cavern opened up.  A wound VAC may be what we need to speed healing in those two areas on my back.

We are still not sure what caused my incisions to open.  I may not have been the most compliant patient, but I think there’s something else going on.  My age might have an impact; or perhaps not paying close enough attention to protein in my diet.  I’ve sworn off of Twinkies, so maybe I’m not getting enough preservatives in my diet, either?

Whatever it is, it looks like we are in this for the long haul once again.  Fortunately, I have remained infection free – which is awesome news!  I am armed with all of the most important tools to see this through – faith, trust, pixie dust, a wonderful doctor, and amazing friends and family.

Fasten your seatbelts, my friends.  It’s gonna be a bumpy ride!