I can think of only one other movie during which I could barely eat popcorn.  It was The Passion of the Christ, and I was so riveted to the events transpiring before me on the big screen, that it was tough to eat popcorn.

And tonight was the second time a movie was so compelling, I could barely think of eating popcorn.

If a movie distracts me from food, it must be good.

So, if you’re like me and have not yet read the books, the basic premise of the film is that a drawing is held, children are chosen to compete in the Hunger Games, and that’s about the last time your arse is going to see the back of your seat – you’ll be planted firmly on the edge.

I want to say, having not read the books, I was a little afraid I might be missing something, but as far as I could tell, they did an excellent job of condensing the book into two hours.  I had no trouble following the story, and the movie has really motivated me to read the books. 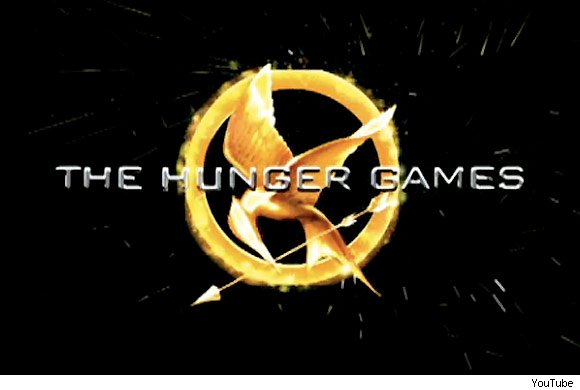 There is no way you could pack more emotion for the characters than they did in this film.  From the start, you are rooting for Katniss (Jennifer Lawrence), the movie’s heroine.  She is at once a fierce competitor and a compassionate caregiver.  You love her from the first scene.  Hell, ten minutes in, I wanted to BE her!  Josh Hutcherson is the perfect Peeta, Katniss’ male counterpart.  I alternated between feeling my heartstrings tugged and wanting to toss him off of a cliff.

They expertly lay the ground work in the film, so you get a complete picture of everything, and then the pace is fast and furious.  You may want to consider that if you are seeing the film in IMAX – there was at least one case of motion sickness during our showing.

Another warning – if you’re not familiar with the books, the goal of the competitors in the Hunger Games is to eliminate the competition.  This does not mean spelling bigger words, check mating, or claiming all of their checkers.  Please be cautioned that this may not be a movie you want to take young children to – although there were dozens of them at the theater tonight, all of whom were familiar with the books.  I’m waivering on whether or not Eilis is old enough.

I cannot give this movie enough thumbs up – not even if I had a few spares.  This was a movie I would gladly see again.