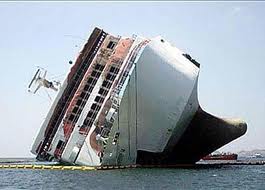 My in-laws are avid cruisers, and have cruised all over the world – from the Bahamas to the Mediterranean.  They have been on a wide variety of cruise lines, from Carnival to Costa and many in between.  When they were approached about the Carnival Vacation Club during a cruise they took, it seemed like a good idea at the time.  Basically, you purchase a set number of points from Carnival Vacation Club, and you redeem those points toward cruises.  In their pitch, they make it seem like by using points, it works out that your cruise is discounted from what you would pay if you bought your cruise in cash instead of vacation points.

There is only one good thing I can say about the club.  It is no longer available to buy into.  Thank goodness that other unsuspecting vacationers won’t get sucked into this nightmare.

I did learn in my research for this blog that Carnival Vacation Club is not owned and operated by Carnival Cruise Lines, however their association with each other seems to be a blurry area to me.  They were obviously allowed to sell this stuff on Carnival Cruises, and the Carnival logo appears on some of the club documentation.  Hmmm….

The sad part is that so many people – my in-laws among them – were on a vacation, enjoying the luxury of a cruise, resistance lowered by the sounds of the sea hypnotizing them into things they otherwise might not do – and they were lured into this mistake of a vacation club.

Carnival Vacation Club is putting together a new incarnation of itself.  Run, folks.  Avoid it at all cost.