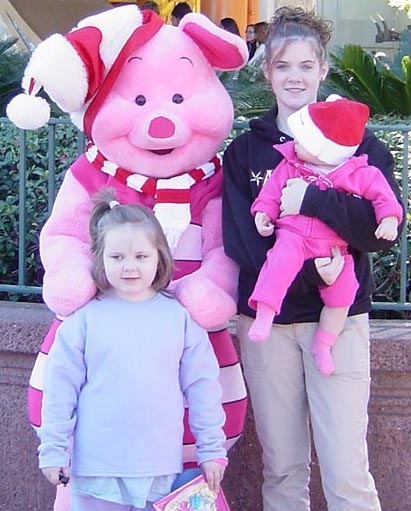 The short answer is – no.

I’ve had a couple of people ask me recently if we went to Walt Disney World as often when we lived in Orlando as we do now that we live 1000 miles away, and really, it was as much my favorite place then as it is now!

Almost as soon as we moved to Orlando, we invested in Annual Passes for all of the theme parks – SeaWorld, Universal, and WDW, figuring since we were in a town where we knew no one, this would be our entertainment budget for the year.  No huge Christmas party to plan and pay for; no monthly birthday parties to go to; no Sunday dinners at Grandmoms.  We knew that with our recent move to Orlando, the budget would be tight, and there was a chance we’d even have to miss weddings and other big family events we never would have thought of missing if we were still living in New Jersey.  I found many afternoons and evenings of solace, wrapped in the comfort and familiarity of Walt Disney World, and whenever I was missing home and family, we went to the theme parks.

The best thing about living that close to the Magic was that you got to see and do all the new stuff right away!  I can remember hearing about a new attraction, and planning our next vacation to head down to Orlando so we could check it out.  It instantly became like planning a day in the park for us – literally – whenever announcement was made of something new and wonderful at Walt Disney World!

Another huge perk?  Restaurants!  I don’t think I cooked for the first six months that we lived in Orlando – then suddenly, my husband reminded me we weren’t on vacation, and at some point, I’d have to actually use the stove at our house.  But in lieu of Sunday dinner at Grandmom’s, we did Sunday dinner at “Mom’s” at the 50’s Prime Time Cafe at Hollywood Studios.  Date nights were never spent heading to Applebee’s or the diner, where we often end up now.  Date night usually included a trip to EPCOT for a beautiful evening stroll around the World Showcase, with dinner at a different location each time.

Not only is the magic still there, but you feel like you become more a part of it when you live that close.  It’s the one thing I miss about not being in Orlando.  Don’t get me wrong – it’s great being home again, near family and friends, with the big Christmas party and the family barbecues.  But I cherish my (gulp) monthly trips to the Mouse, and I know when I get there, it’s