I cannot remember when I first heard of killer bees, but I know I was young – a little kid – and I was terrified.  I remember hearing that they were coming to the United States from wherever killer bees lived at the time, and I had visions of armies of bees, rowing tiny bee boats across great oceans to get to the shores of the US, where they would turn us all into zombies.  Scared spitless.

But killer bees are not the only thing that terrified me.  I sat through the movie The Exorcist and felt nothing.  The movie Carrie?  I couldn’t go to bed.  My bed and Bean’s bed were in the same room, and at the time, they were pushed together to make one giant bed.  I was convinced in my sleep that Carrie’s cold, dead hand would come up between the crack where my bed and Bean’s bed connected and kill me in my sleep.

I’m lucky after seeing the movie Jaws that I could even sit on a toilet.  I was never a huge fan of swimming in the ocean, but once I saw Jaws (which I did see, in the theater, six times), I was much more content to watch the waves roll from afar.  I still am.

As a grown up, the things I’m most afraid of involve my kids.  Terrified of bad things happening to them.  It’s an enormous fear when they start driving, when they go out on a bike ride, when they go into a school where someone else’s child may have a violent agenda.  Mom fears are the worst. 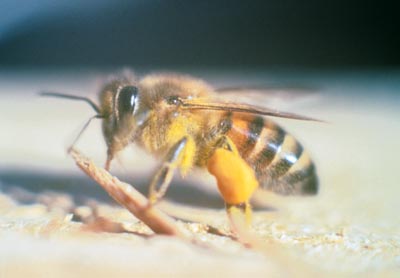