One of my most favorite shows is Mo Rocca’s “My Grandmother’s Ravioli”.  If you haven’t seen the show, Mo visits other people’s grandmothers, where they share stories, recipes, and delicious food.  I laugh during the show sometimes, but just as often, I tear up, thinking of my own grandmoms.

Both of my grandmothers were Irish, and as you might imagine, boiled potatoes were about as creative as either of them got in the kitchen.  But everything that came out of their kitchens was simple, comforting, and always tasted like they were made with a grandmother’s love.

My Grandmom Bilbrough had a green glass bowl.  I remember seeing that bowl often through the years.  Sometimes, there would be a salad in the bowl, but more often than not, there was something wonderful being made in there.  Grandmom would mix her famous Irish soda bread in that bowl.  The bread – with a few small tweaks from my stepmom – went on to win awards, appreciated by family and culinary judges alike.  She would mix peaches or apples in that bowl with sugar and vanilla, on their way to becoming the most delicious peach or apple pandowdy. 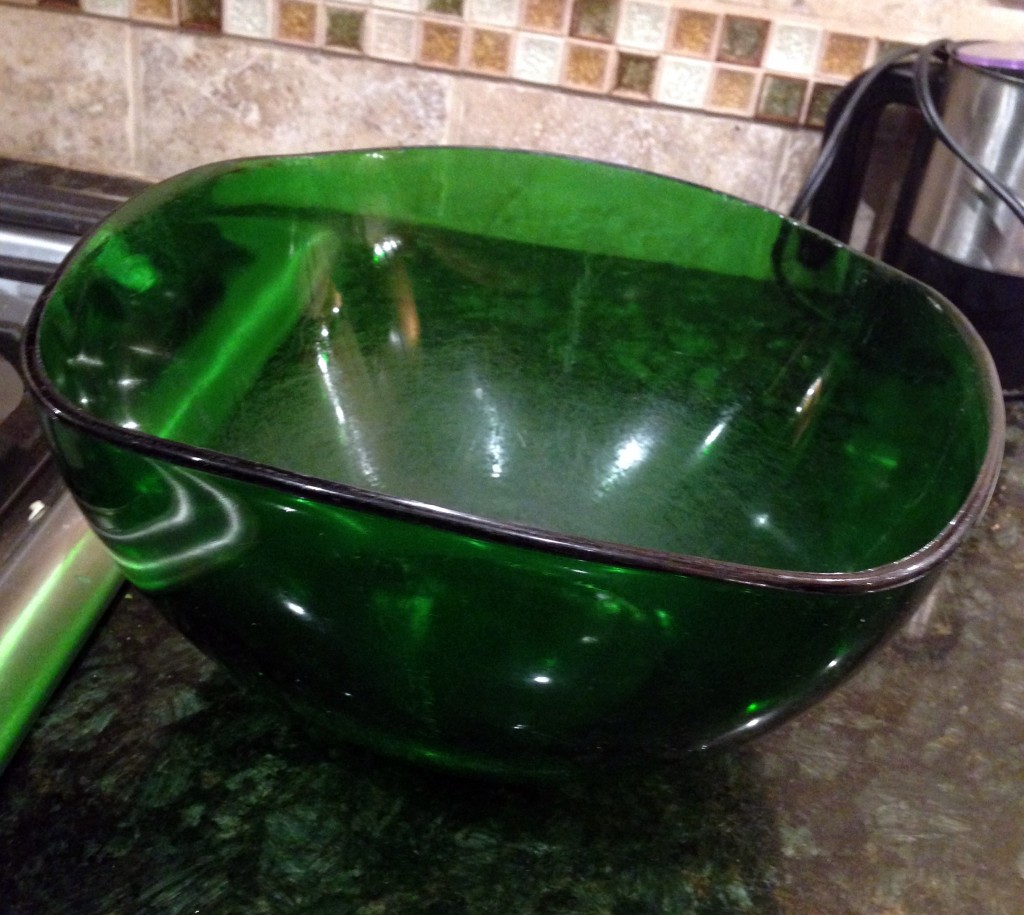 But then there was her signature dish.  For every birthday in our family, my grandmother would make a pudding cake.  Back before cake mixes had pudding in the box already, my grandmother was making pudding cake – moist, delicious cakes that she made in a tube pan.  They were boxed cake mixes, boxed pudding mix, and even icing from a can, but I so looked forward to the birthday parties my grandmom would have so that we could have that cake.

Somehow, I acquired that bowl.  I don’t use it much anymore to mix cakes, both out of fear of something happening to the bowl and because of the stand mixer I now own.  But I love the bowl.  I love that some of my best childhood memories originated in that green bowl in my grandmother’s kitchen. 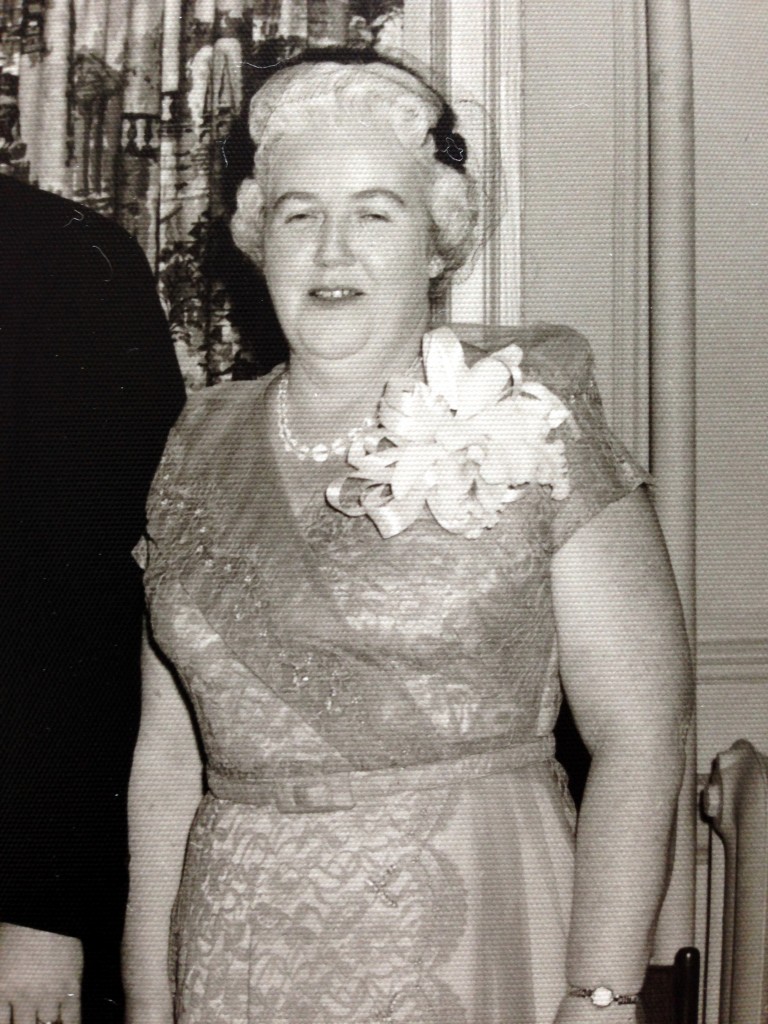 One Reply to “My Grandmother’s Green Bowl”